Deja recently tagged me to do the 20$ make-up challenge, which means that I had to do my full face make-up with products worth less than 20$ (=16.30€). And let me tell you, this was way more difficult than it sounds. First of all, make-up in my country is much more expensive than it is in the USA, so you don’t have a large selection of cheap products. Essence is probably the only brand that has cheap products which are not horrible. Secondly, I discovered that most make-up products I use are pretty darn expensive, so they were out of the question. The only thing that I could do was go to the store and try to find cheap products for this challenge, but I didn’t want to spend my money on products which I would never use again, so what I did was try to find the cheapest products in my sister’s make-up storage (except for the concealer and the eyeshadow duo – those are mine). Oh, and lastly, the brushes are also included in the 20$ mark, so I couldn’t use  them either.

The sum up of the prices is 17,20 €, which is 1 euro above the price point, but considering the fact that I worked with the things I already have at home, I think that’s good. Right? 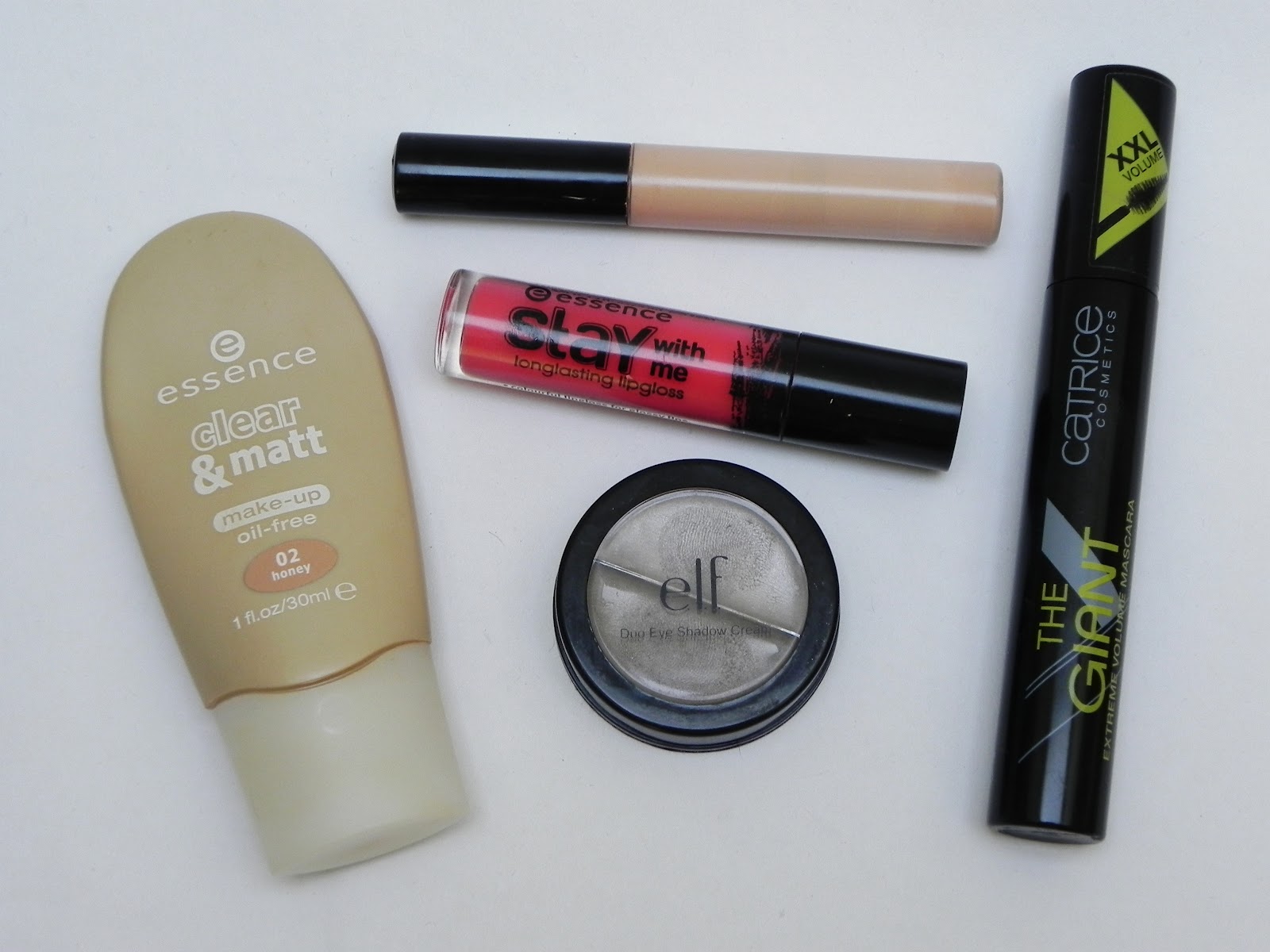 First, I put on some Essence’s foundation. With my hands. I really missed my Sigma stippling brush, but I have to say that I was pleasantly surprised with this foundation. It wasn’t patchy and the coverage was comparable to the Garnier BB Cream. The next product was concealer. I could use a cheaper one, but the Collection 2000 one is the only one I’ve found that somewhat covers my terrible under under eye circles, so I just went with that one.

For my eyes, I first used Elf’s Cream Eyeshadow Duo that I ordered from the UK about a year ago I think, but I’ve never used it before this challenge. And I’ll probably never use it again, because it sucks. Big time. Not only is it extremely sticky, but it is also unblendable, smudgy, and creases like hell. Now the mascara. I’ve used my sister’s Catrice’s mascara which she loves, but I didn’t find it very good. It clumped my lashes and I got it all over my lid, which doesn’t usually happen to me. I also really missed my eyelash curler. I got so used to using it and I would definitely recommend one to every single one of you if you don’t own it yet. It’s a miracle product! Oh, and I was also really bummed I couldn’t fill in my eyebrows. That makes the biggest difference to my face.

The last thing I used was Essence’s lip gloss. I usually go for a lipstick instead of a lipgloss because I don’t like my lips to be sticky, but this one was quite nice. I really liked the color too! 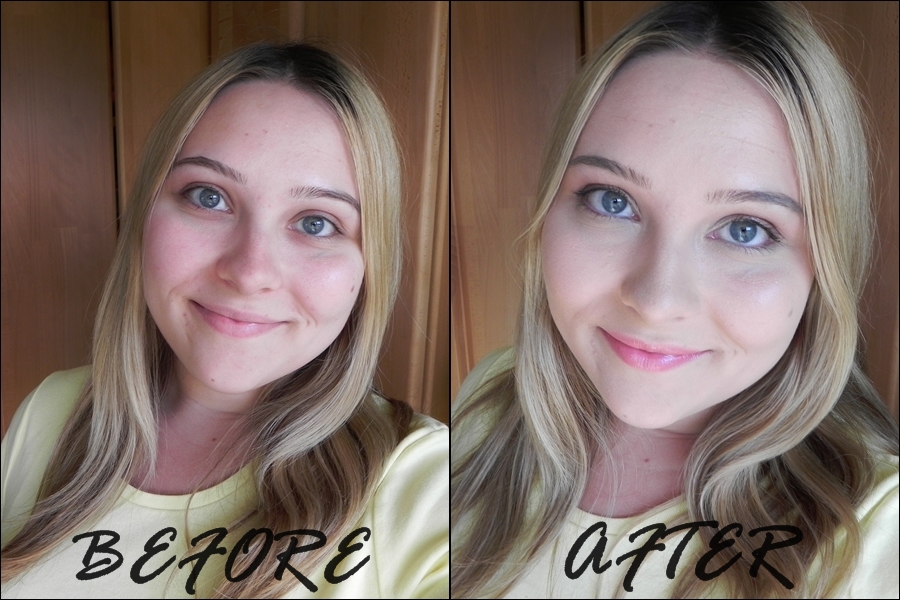 Here are the before and after photos, so that you can see the transformation. What do you think?