Chinese noodles (also known as chow mein) with chicken and veggies are one of my favorite dishes. Whenever I go to a Chinese restaurant, this is what ends up on my table. And some spring rolls, of course. I’ve never actually made this dish at home before, but when my dad mistakenly bought a bag of frozen Chinese veggies, I decided to finally dig up some chow mein noodles I bought months ago from our pantry, and get cookin’! 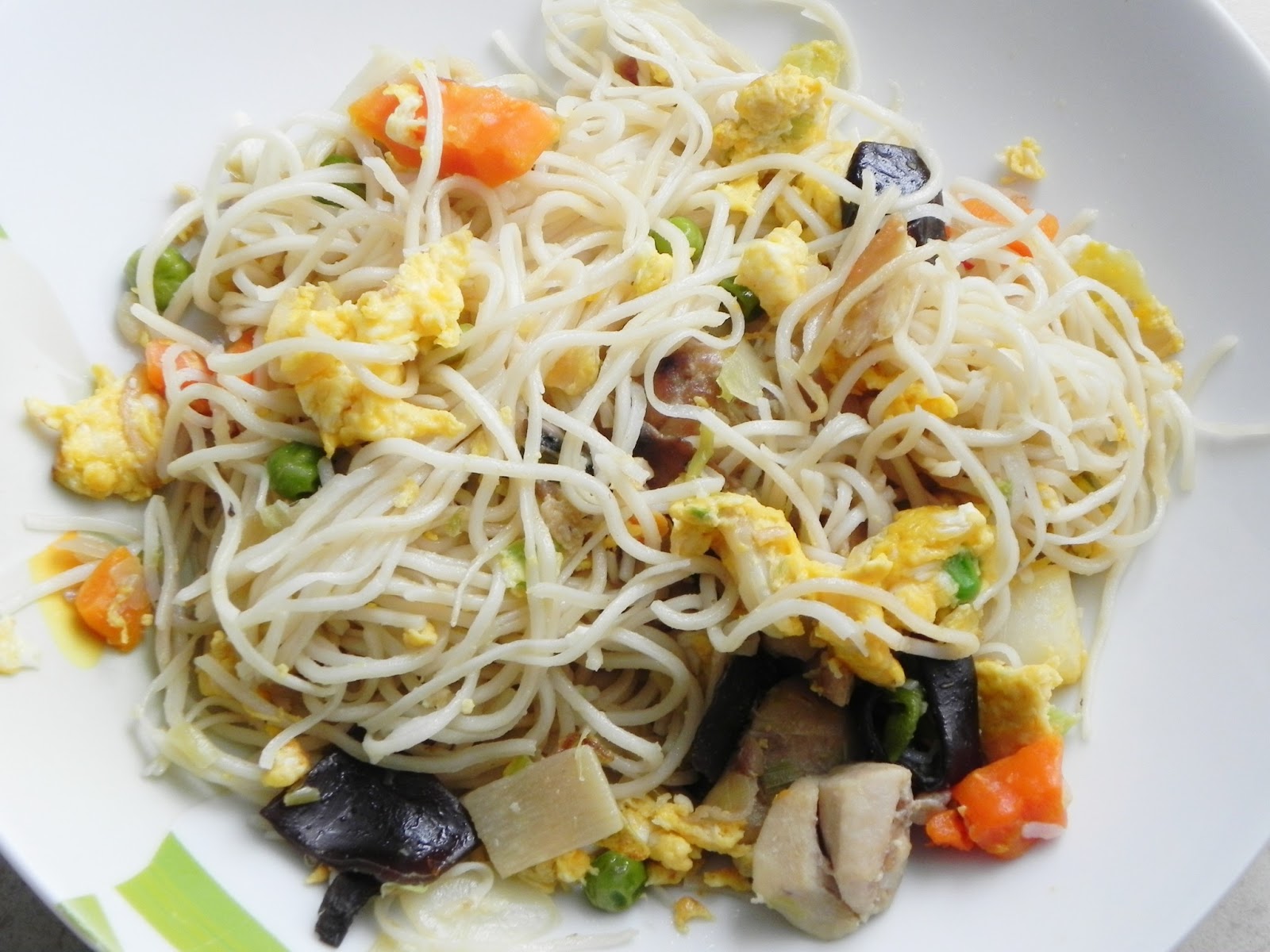 I had no idea how this would turn out, but it was actually quite good. Just beware: you need to add a lot more veggies than noodles, otherwise it can all get a bit dry. I was actually afraid that I won’t have enough noodles for the four of us, but they kind of magically trippled when I put them in some boiled water, and a meal for two quickly became a meal for six. I am not kidding.

I didn’t use any particular recipes, so this recipe post might not be the most useful one when it comes to measurments, but I’m sure you’ll have no problem re-creating it, as this is one of the easiest dishes to make. The only things you need are chow mein noodles, chicken, a few eggs, oil and some Oriental style veggies – mine were frozen and called Green Grocer’s Seasoned Mixed Oriental Style Vegetables. I think my dad got them at Lidl.

Anyway, I first put the vegetable mix into a wok and waited for my veggies to get cooked, which lasted about 15 minutes. When all the water from the vegetables evaporated, I added a few eggs, stirred and waited a few more minutes for the eggs to become fried ( scrambled?). Then, I put the dish aside and prepared chicken by putting little diced pieces in a skillet and stir-frying them on some oil. In the mean time, I put the noodles in a pot of water, boiled them and let them cook for about 3 minutes. After the noodles were done, I strained them, put them in the wok with veggies and added chicken. Then I mixed everything together, let the whole thing stir-fry for a bit and voila! That was it!

P.S. I didn’t use any salt, because both noodles and seasoned veggies already contained some!