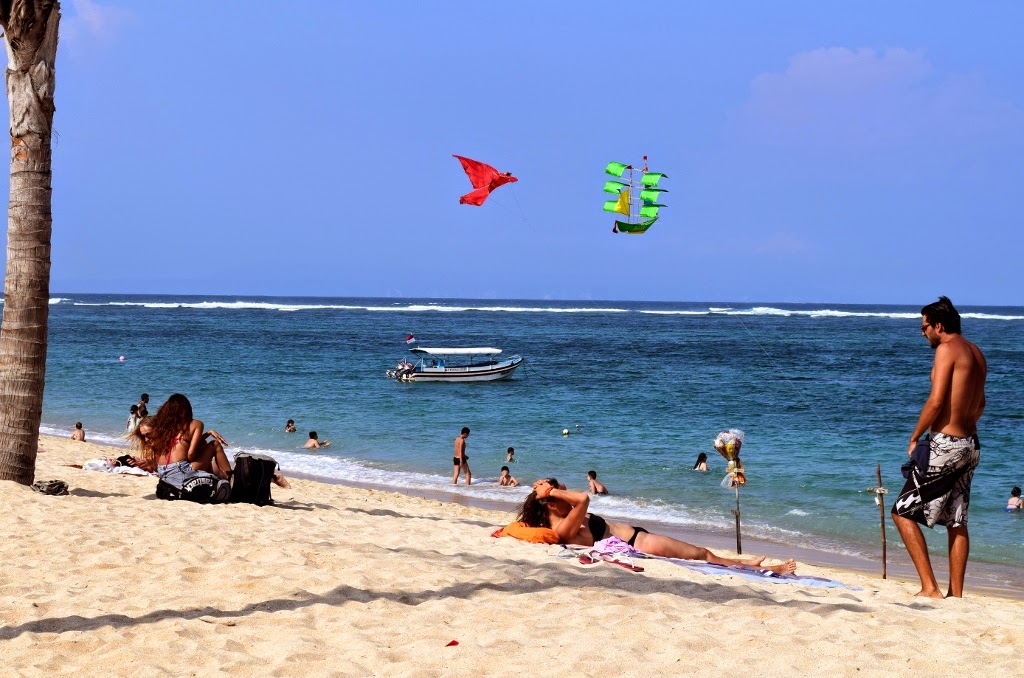 Nusa Dua is the place to go if you just want to just chill out and enjoy life. As a part of our Bali adventure, we started one of our days at the beautiful beach. I first spent a few hours reading my favourite magazine while lying on the comfiest beach chairs. The water looked very tempting and I was dying to go for a swim,  but we went to a fancy lunch later on and the thought of having a ton of sand underneath my swimsuits did not sound too appealing to me. Imagine me walking into a pristine hotel and having sand falling off my butt! That would be mortifying. 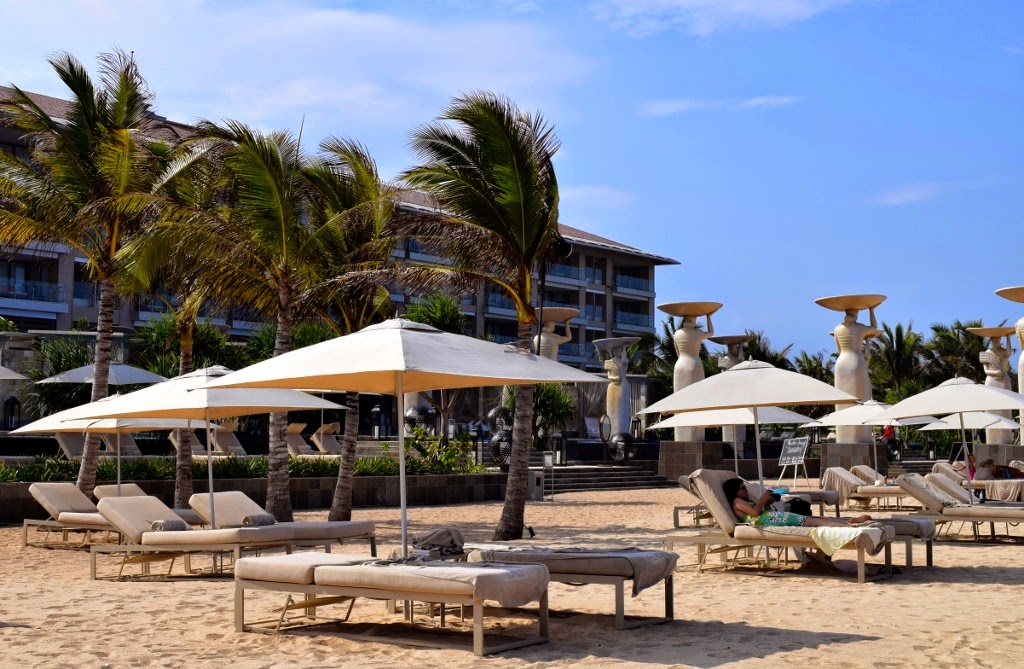 The hotel we had our lunch at is called The Mulia. It’s a five star hotel, which prides itself on being named ‘the best new hotel in the world of 2013’ by Conde Nast Traveler. While it doesn’t scream luxury from the outside, it sure looks amazing once you get through the invisible gates, guarded by a little less invisible security guards. They were everywhere and kept informing each other whereabouts we were moving ALL THE TIME. Crazy! Every time we went past them, they kept saying ‘Zala Villa Bali’ to their walkies talkies. We were definitely being watched, haha. 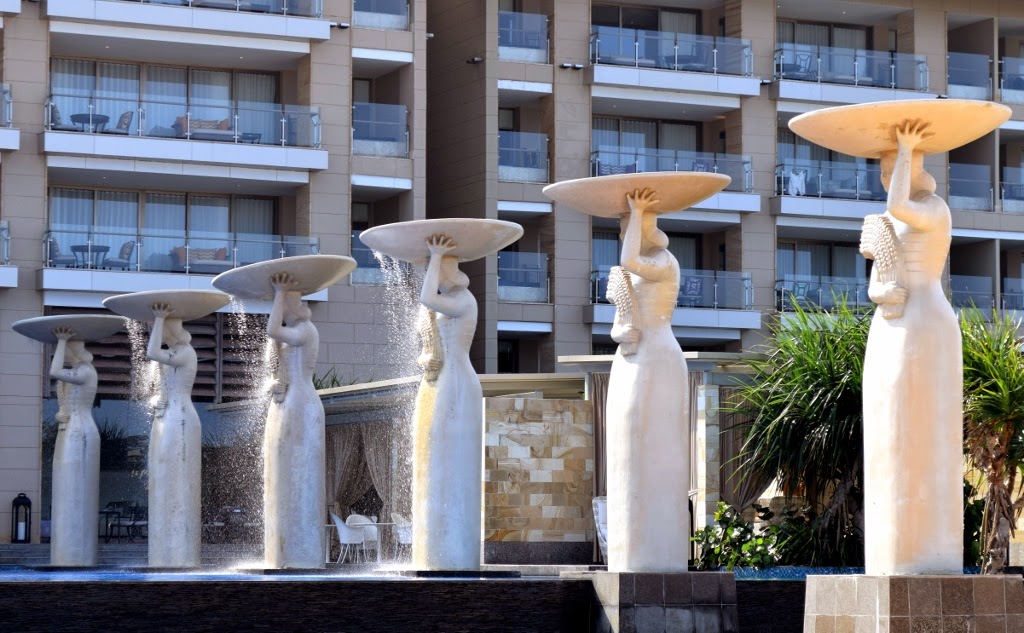 The decor inside The Mulia was totally up my alley and I kept taking photos of the pieces I will once have in my future home. I know, I know. Just let me dream, ok? But really, everything looked so pretty without being overdone. The floating vases, the creamy blue sofas, a wall full of cups and last, but definitely not least, bird cage chandeliers. So gorgeous! 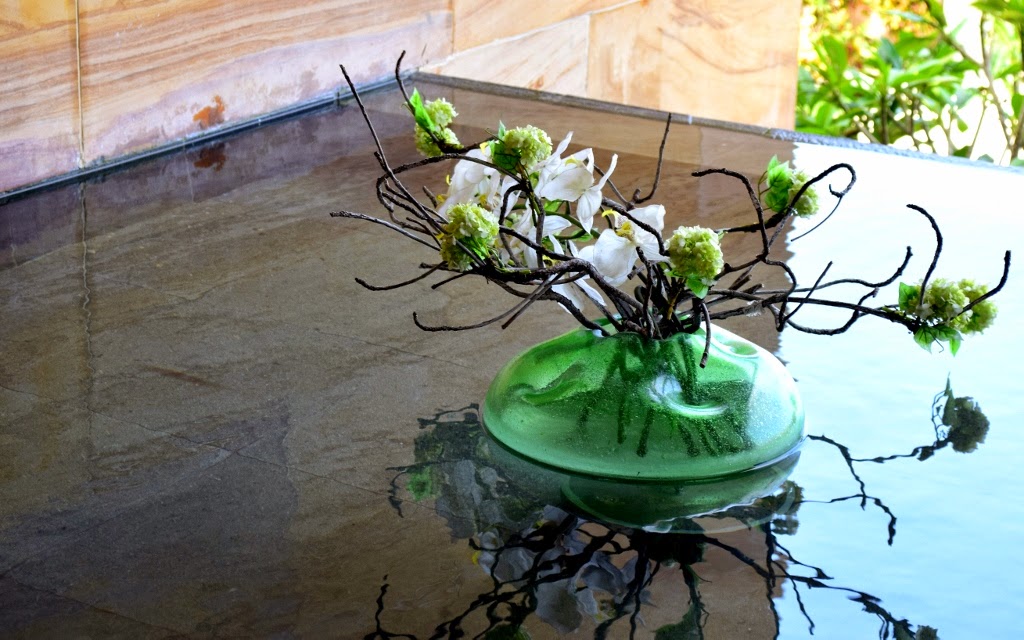 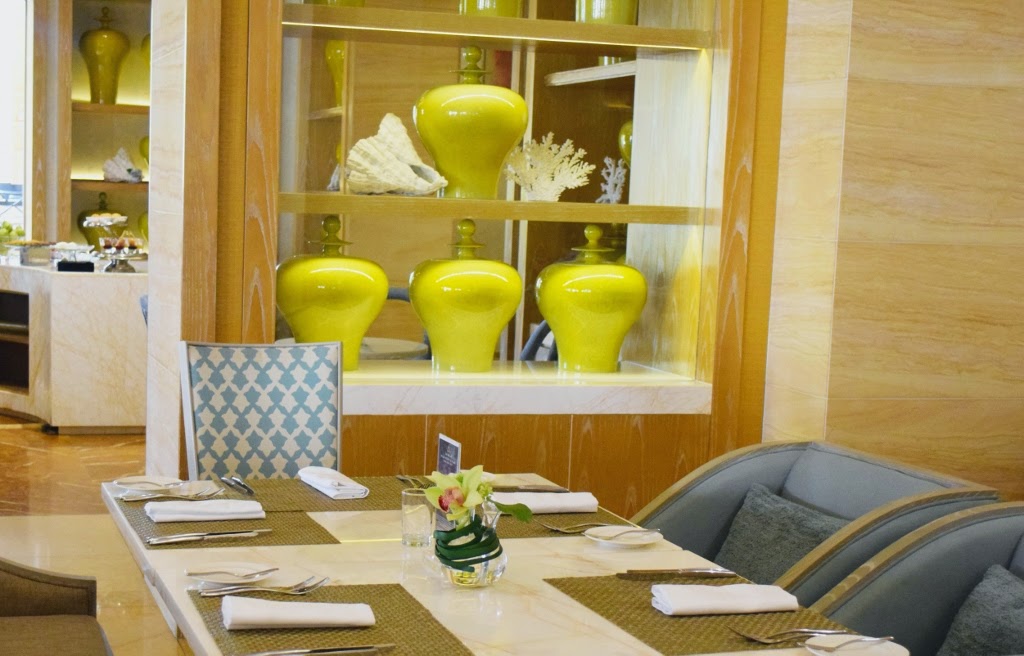 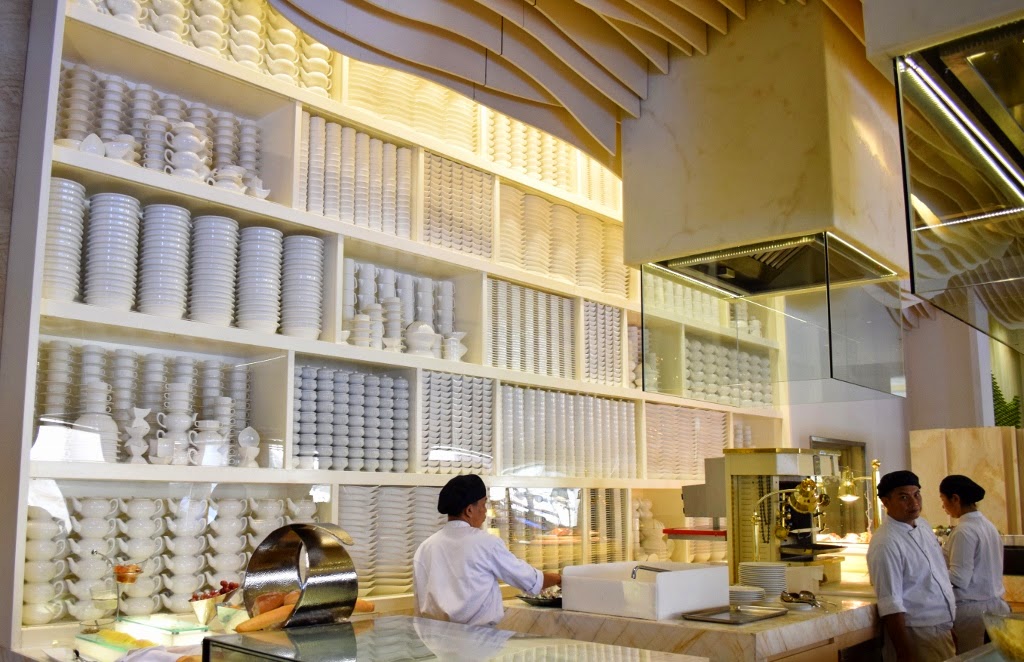 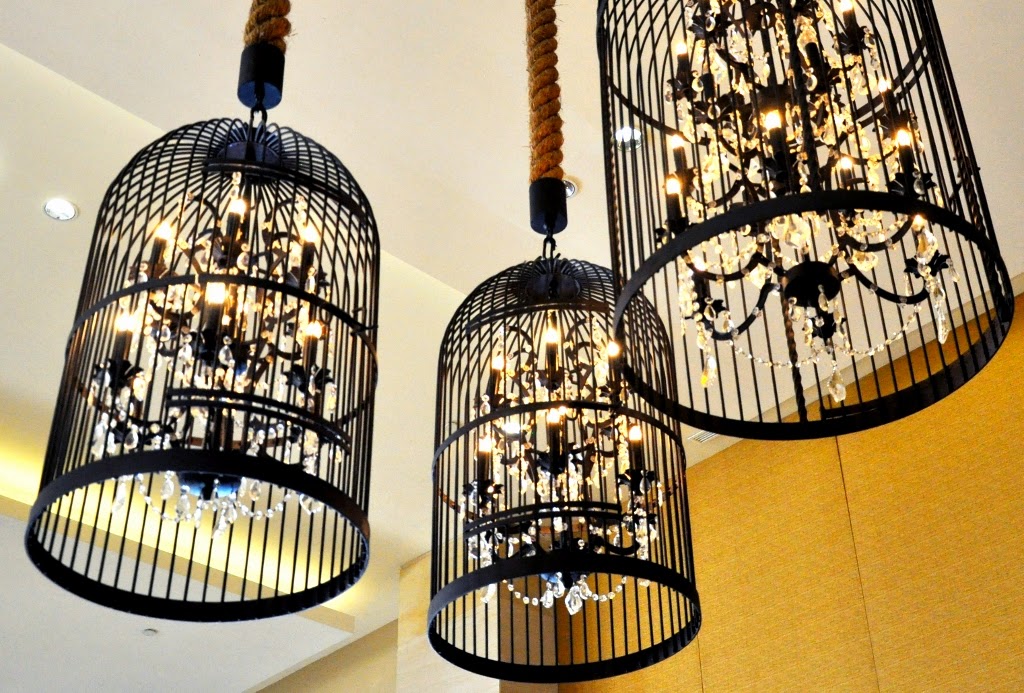 The real reason why we went to The Mulia is not to have a look at the decor, but to have a fancy lunch for not a lot of money. How does one have a fairly affordable lunch at the hotel that charges from 600€ on for an overnight stay, you ask? They have this thing called The Cafe. You pay about 30€ per person and gain access to the most wonderful buffet my eyes have seen. You have tons of amazing dishes from every single corner of the world to choose from and can eat whatever your heart desires. I, for example, tried Italian, Indian, Thai and Korean food. And I also made a trip to the famous dessert bar, of course. Yes, I looked like I was pregnant after I was done. But, omg! I had to take advantage of the ‘be a millionaire for a day’ kind of opportunity. I could definitely get used to it. Just sayin’… 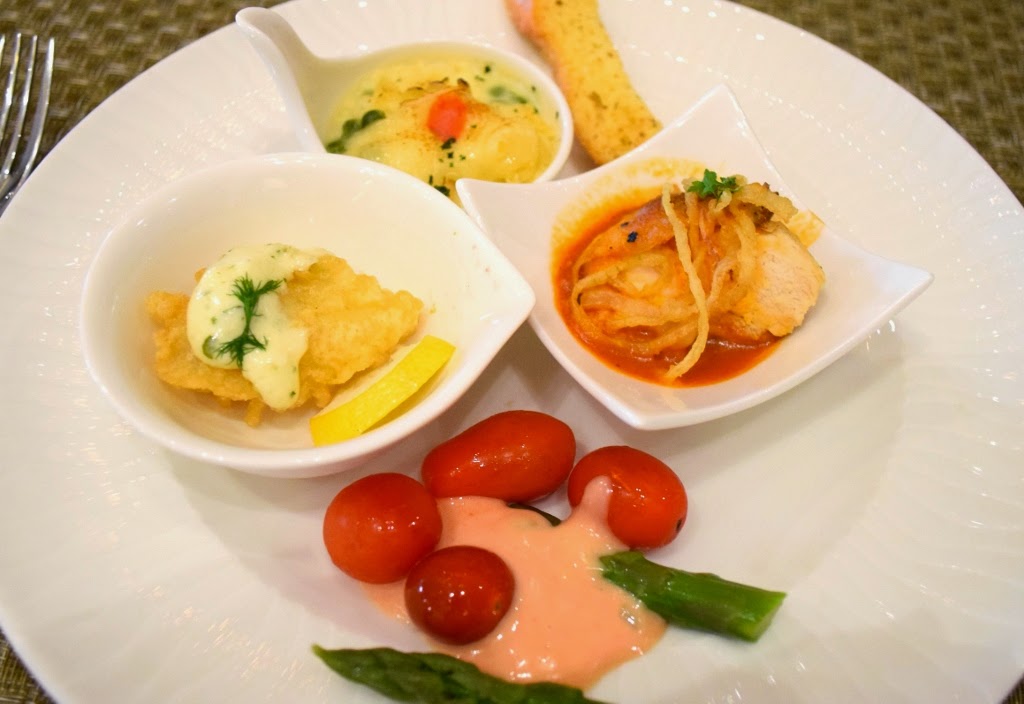 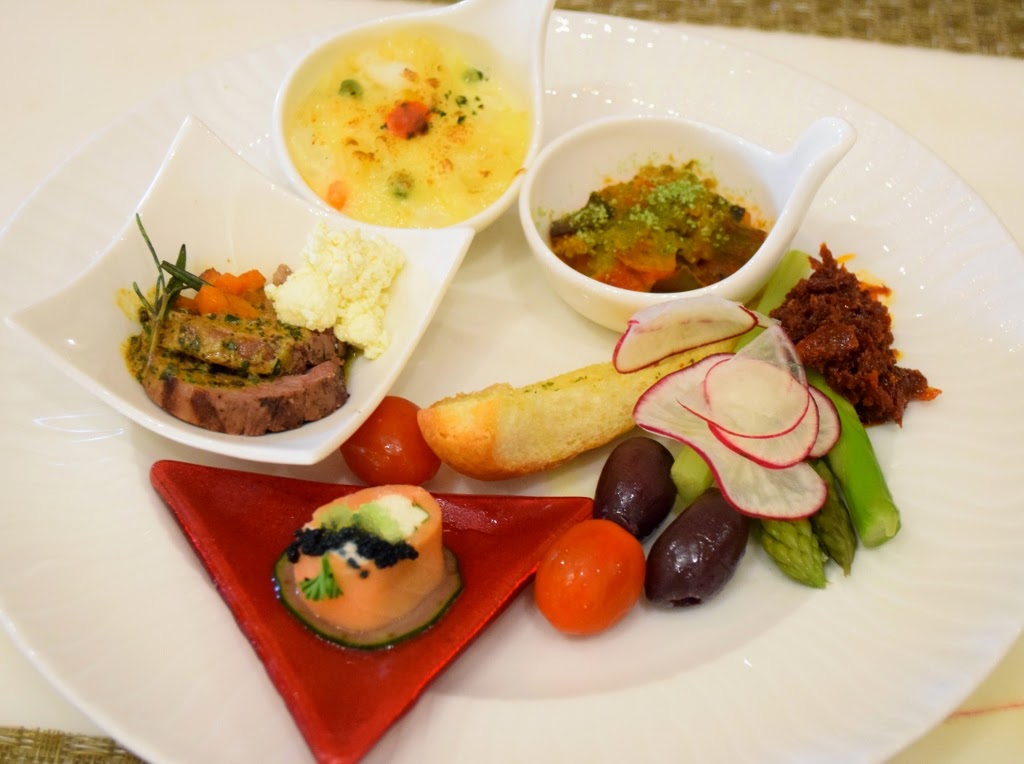 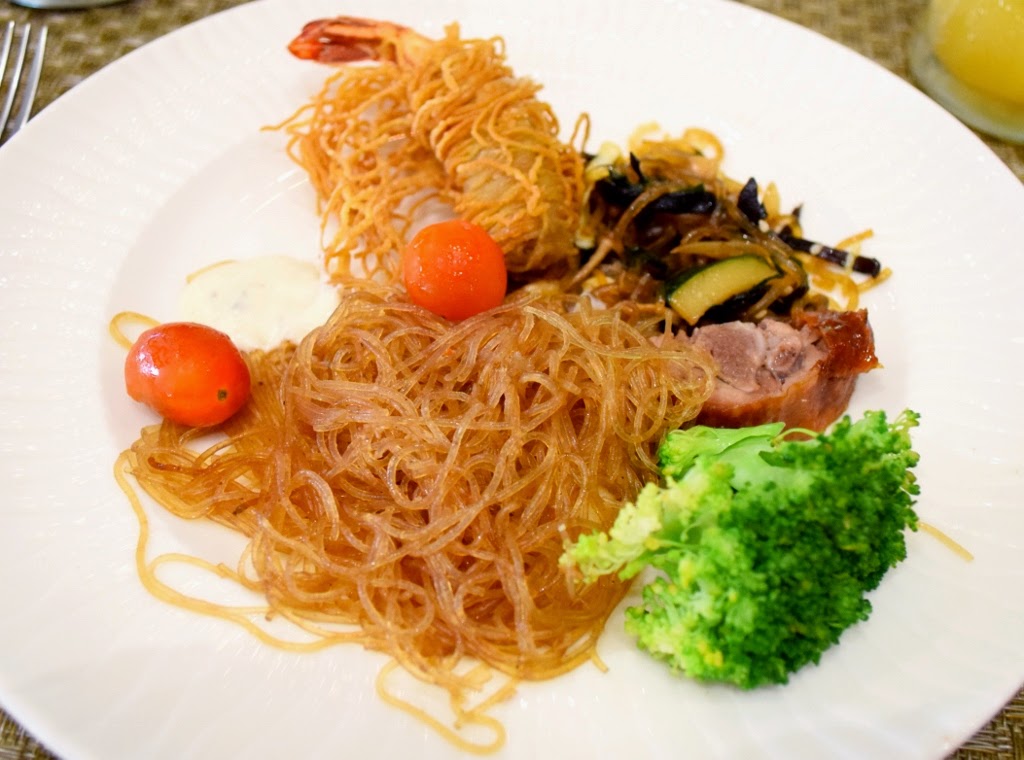 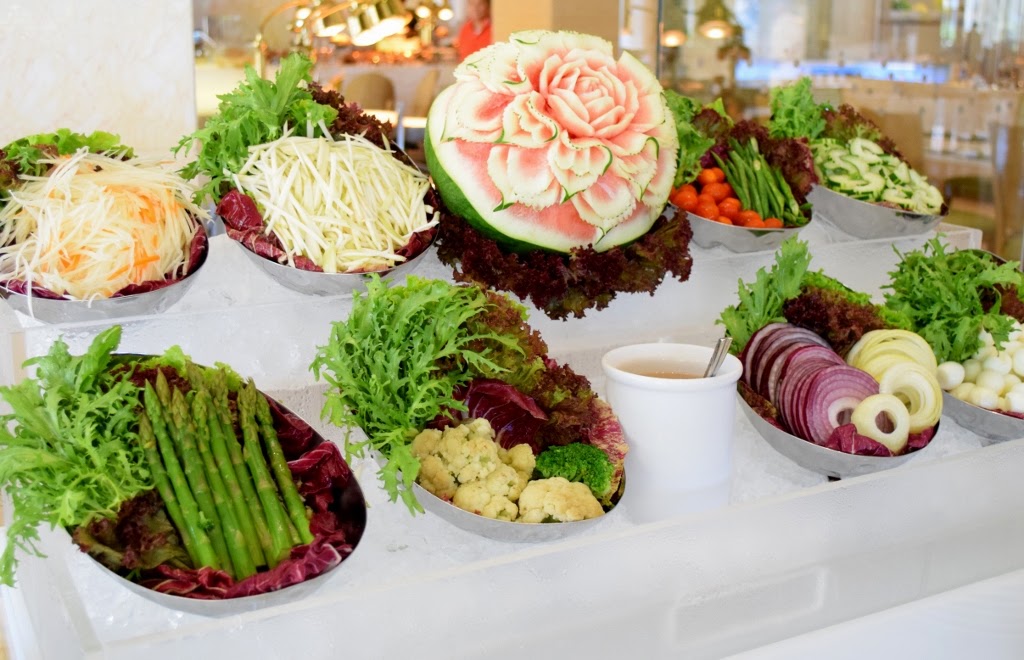 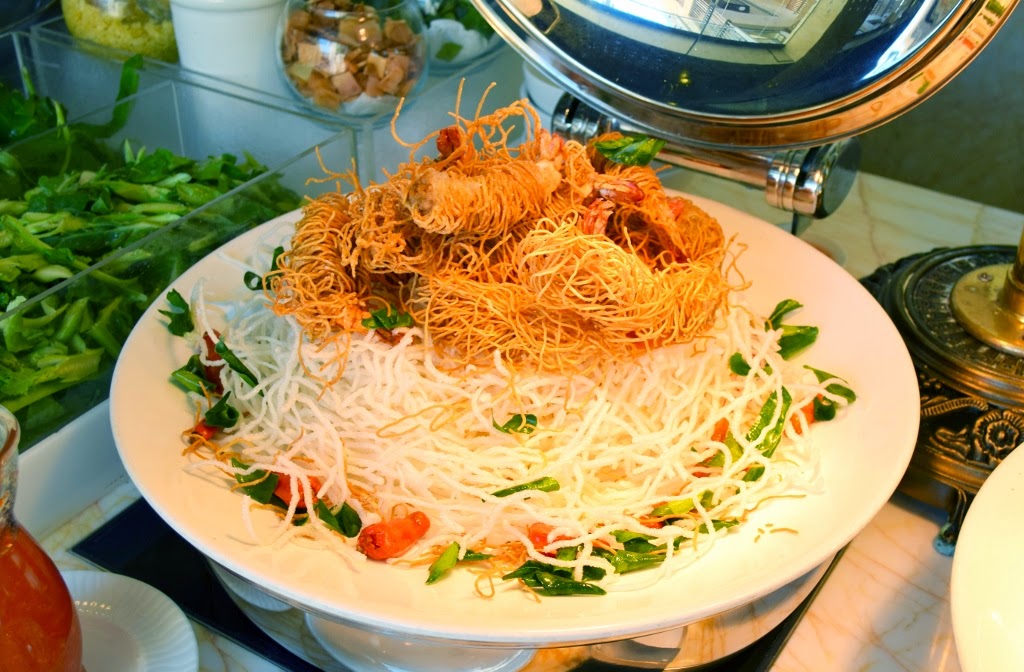 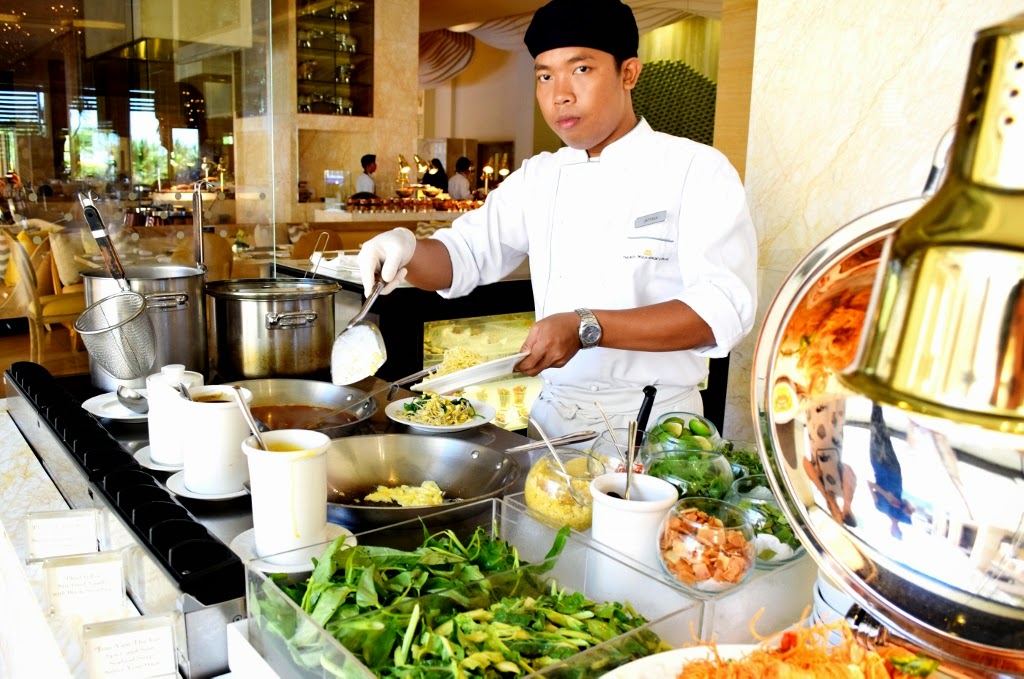 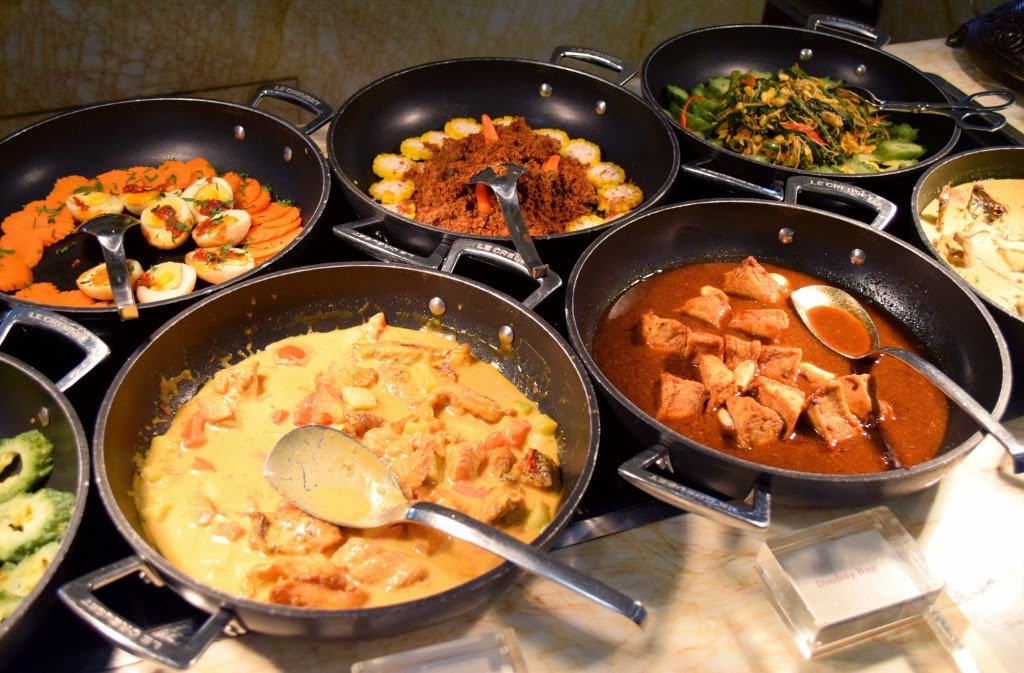 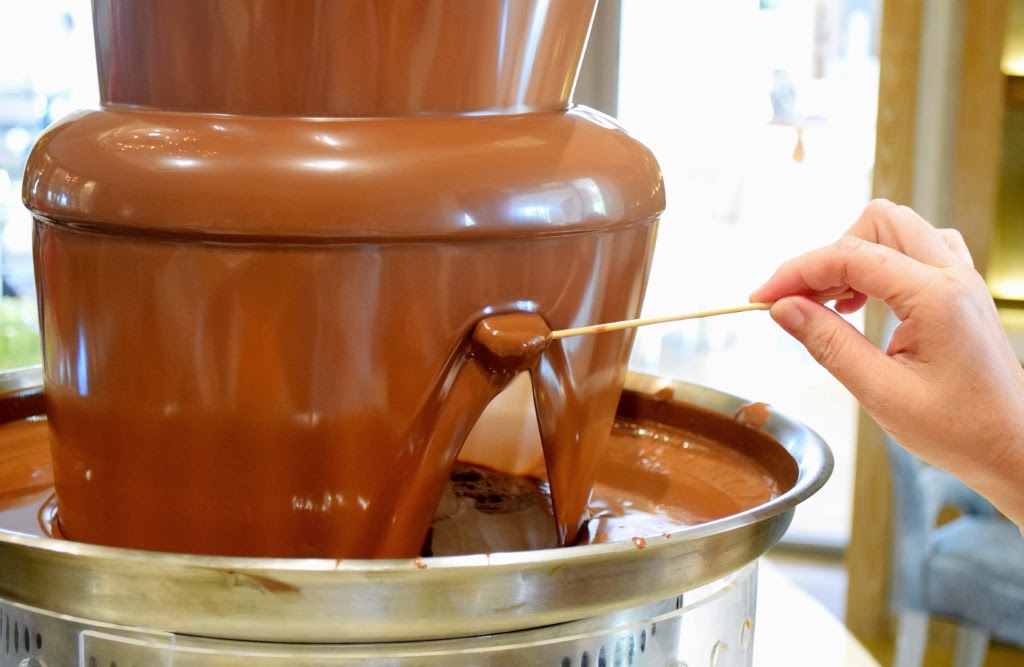 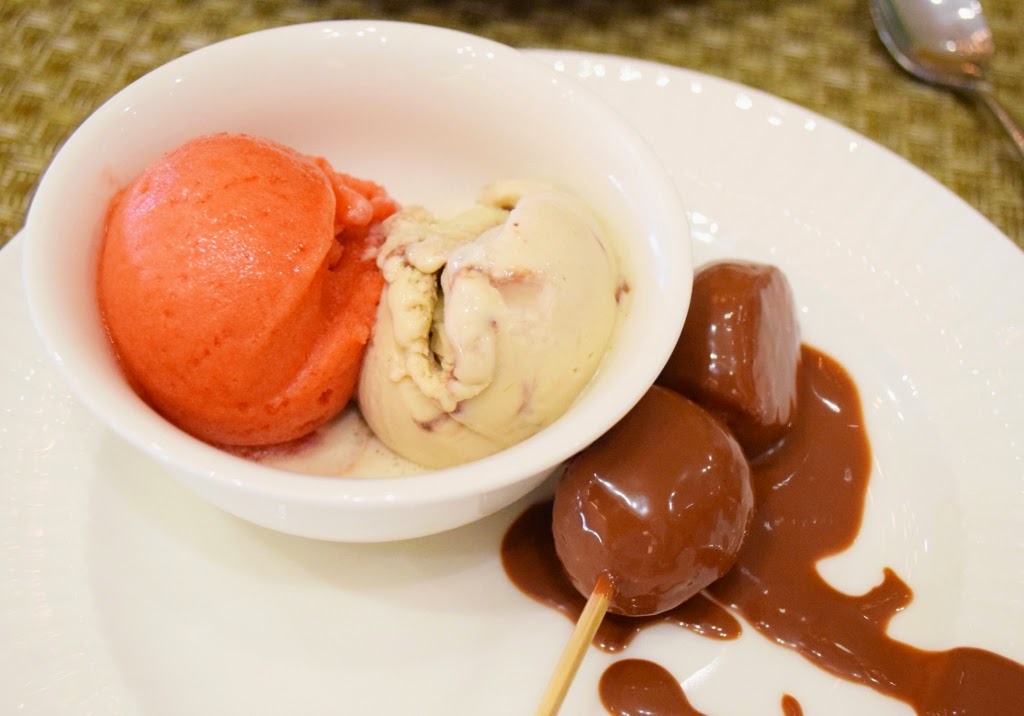 After lunch, we returned back to reality, which wasn’t too bad either. The wonderful Nusa Dua beach definitely made the transition back to the old life bearable. I finally went for a swim and probably stayed in the water for over an hour. I even witnessed a funeral while floating around! I wasn’t sure what was going on for the most part, but there was a lot of praying, no crying, and at the end, they took away the ashes and dropped them in the ocean. I approve. I don’t want to start a whole another topic about death and funerals here on my blog, but let’s just say I don’t get cemeteries. I would much rather for my family to take me to Hawaii or some other awesome place and drop me in the ocean once I cease to exist. And then have a wonderful holiday on my behalf. Anyway, let’s move on. The most interesting thing that happened was not only that there was a funeral on the left side of the beach. Believe it or not, on the right side of the beach, there was a wedding going on. Lol! I mean, not an actual wedding, the newlyweds were just taking photos, but still. How awesome? Everyone was fine with it. Nobody even twitched. Imagine this happening in Europe. Oh, the controversy! 😀 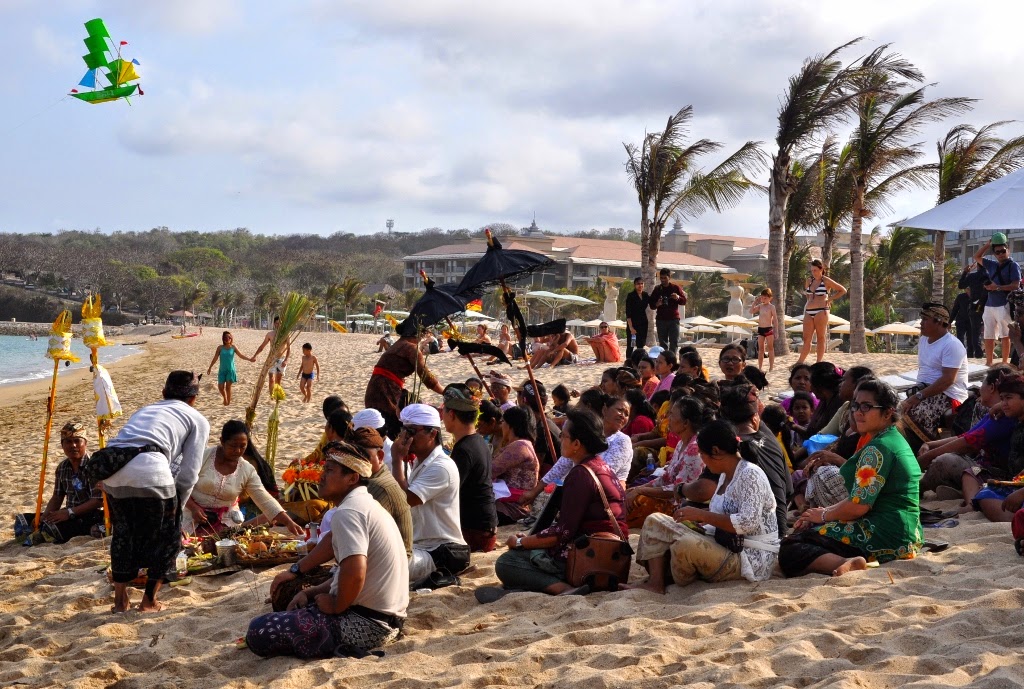 I’m squeezing another day into this blog post, because it wasn’t very evenful. It will get its own spot in my upcoming Bali Haul video instead, because it revolved mainly around shopping. In Kuta. Kuta was crazy! Lots of crowds, lots of stores and lots of sellers trying to sell you stuff. Very persistent sellers, to be exact. My father once called my name, because he needed my help with bargaining – I was pretty good at it when I was in the mood, to my surprise – and the second the sellers heard my name, I had the whole street running after me, screaming ‘Sandra, Sandra, buy this pretty *insert a random product*!’. It was exhausting. We did walk away with some good bargains, though. 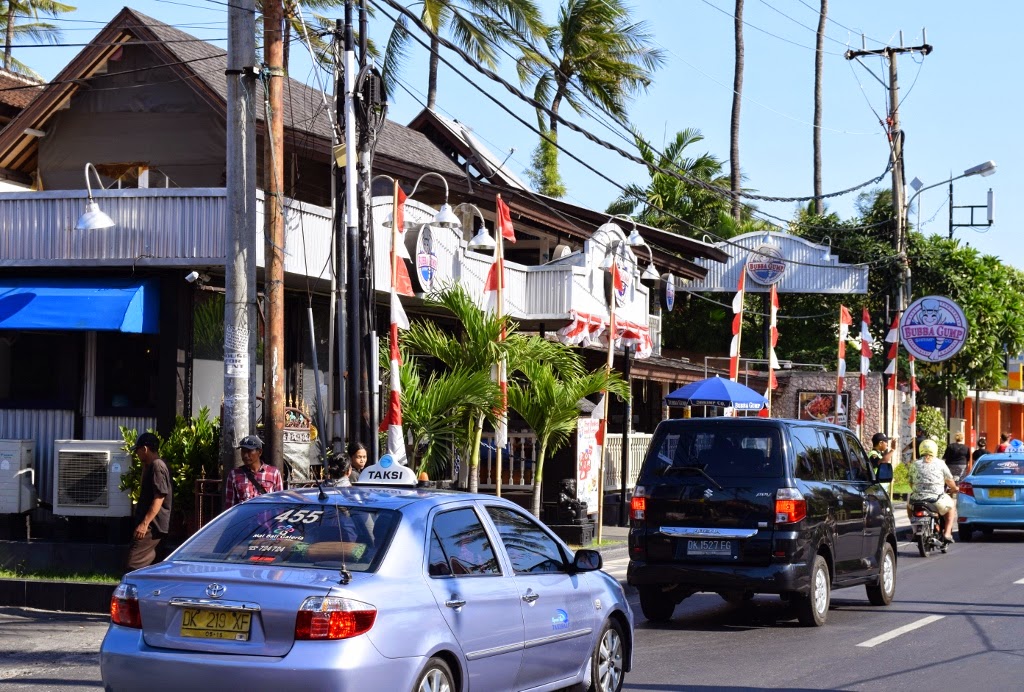