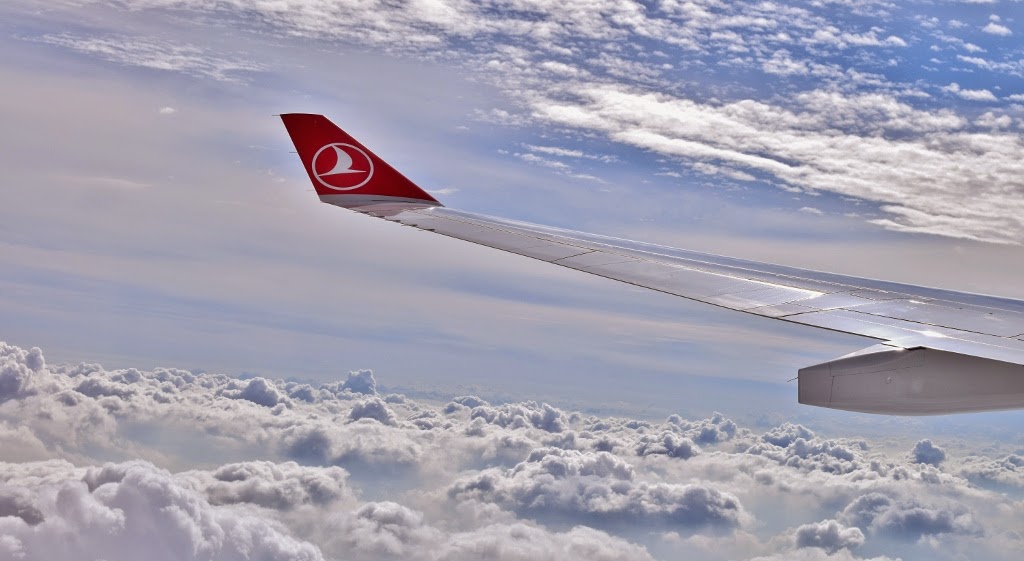 Long time no blog, huh? I haven’t fallen off the face of the earth just yet, but I did get sabotaged by ridiculously moody Bali wi-fi. Every time I wanted to get things done online, the internet connection disappeared. I have no idea how I even managed to upload three vlogs while I was there, haha. Anyhow, I’m back home now and I have a ridiculous amount of photos, videos and memories to share with you.

Let’s start at the beginning. On the 30th of July, I said goodbye to my dog, got driven to Ljubljana Airport along with my family and family friends, and boarded a plane for Istanbul, Turkey. The flight could have been very enojoyable, as it was rather short and I had a nice seating position (by the window, with a lot of leg space), but it turned into a ‘try not to puke’ kind of situation. You see, a person seating behind me decided to place her VERY stinky feet on my armrest and refused to move them away. She didn’t get the hint even when I started poking her feet with an in-flight magazine every two minutes. I hardly survived. 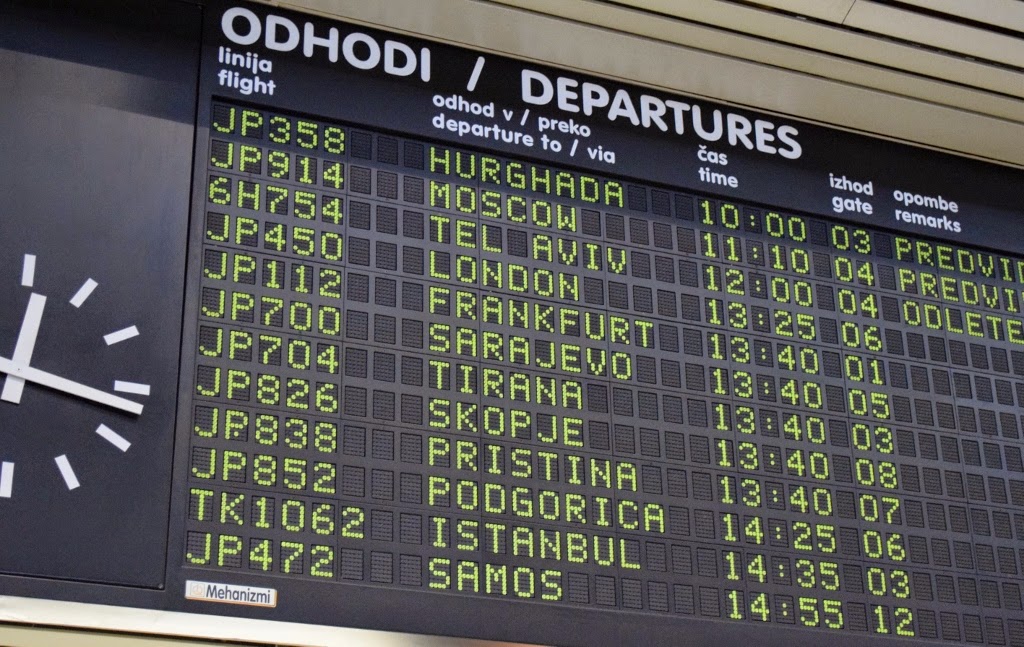 And then, upon the arrival to Istanbul Airport, I was greeted with another unpleasant situation called NO WI-FI. The horror! I had a six-hour wait in front of me and no wi-fi. I guess it was very naive of me thinking I would be able to do some work online and keep myself entertained by watching youtube videos. It’s still mind-boggling to me how one of the busiest European airports fails to offer internet access. Instanbul Airport, get your shiz together, or else, I won’t be flying through you anytime soon. Rant over.

As I couldn’t waste my time online, I only had two other options left – shopping and eating. I first filled my belly with a delicious club sandwich and then started the shopping marathon. I must have popped into every single store at least ten times, but to my surprise, I didn’t buy a single thing. Well, apart from a magazine, but that doesn’t count, does it? The only thing that sparked my interest was a Michael Kors perfume that I couldn’t buy because I had a few more flights left and I was afraid it wouldn’t make its way through security. I did buy it on my way back, though, so no  biggie. 🙂

Speaking about airport shopping, am I the only one who doesn’t understand the point of ‘duty free’ shops? Not a single thing is cheaper there. I swear! Yes, you can get a few travel sets that might not be available in non-airport stores, but that’s about it… 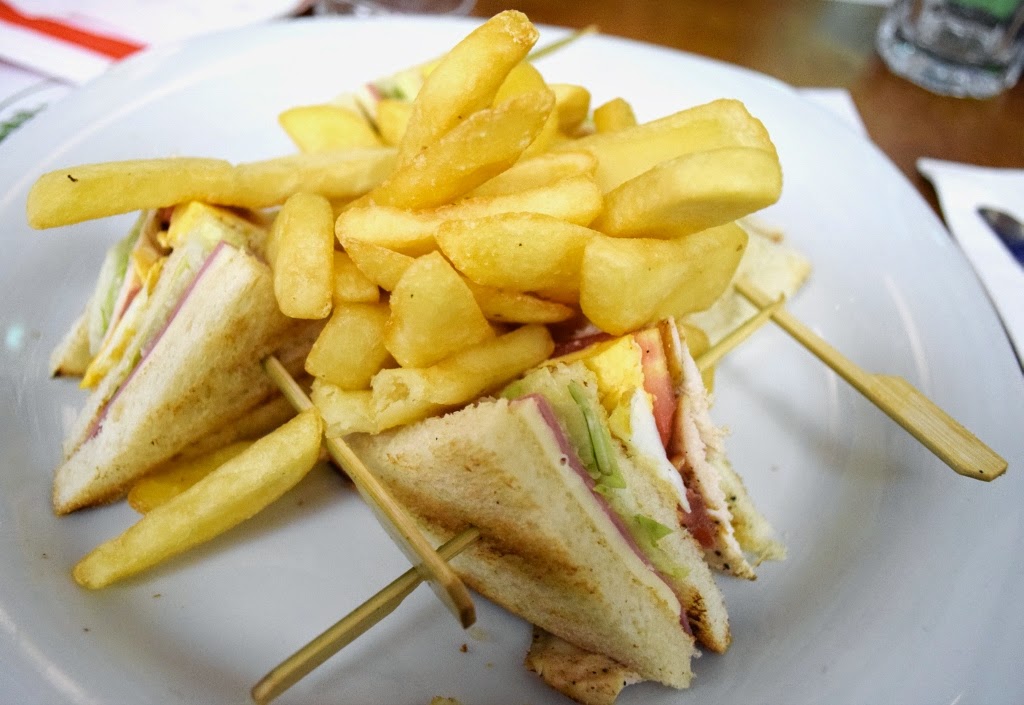 Moving on. After a long and tiring wait at the airport, there was an even longer and tiring flight from Istanbul to Singapore waiting for me. I have a fare share of long-haul flights under my belt – one of them lasted 22 hours with only a half an hour long layover in between – but this one was by far the most uncomfortable one. There was pretty much zero legroom and it felt like I was up in the air for a week, not just eleven hours. I can’t imagine how tall people managed to sit in their seats unless they had aisle ones. Anyway, the only highlight of the flight was me watching The Great Gatsby. Finally. I can’t believe it took me so long to watch this movie, which I, by the way, definitely recommend. Oh, and that turkish delight we got at the beginning was also good. Minced beef and liquidy scrambled eggs, on the other hand, not so much… 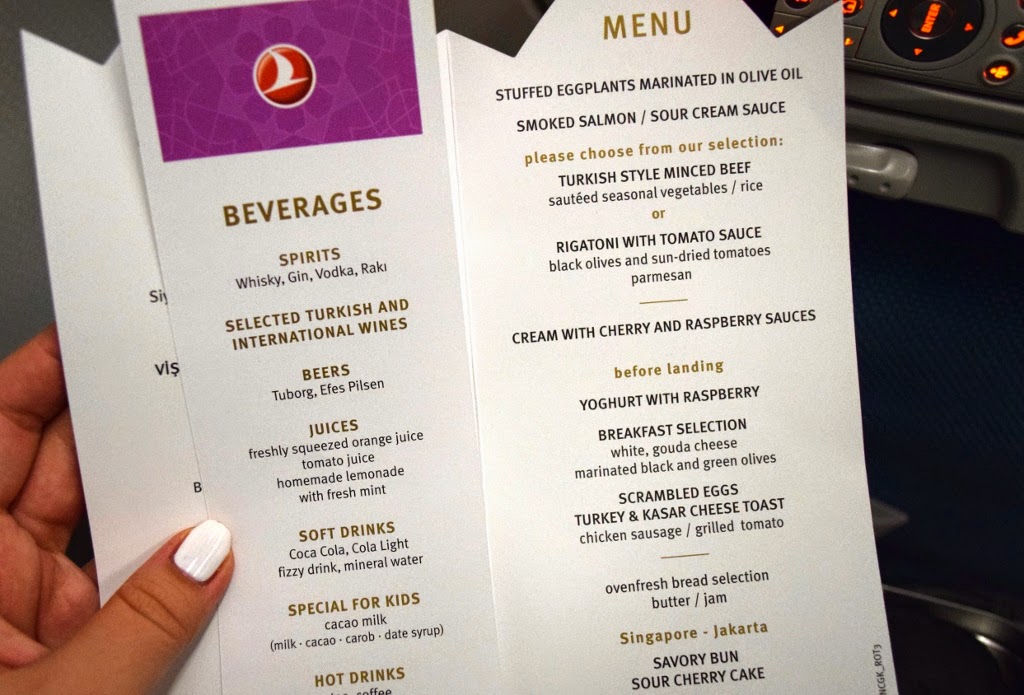 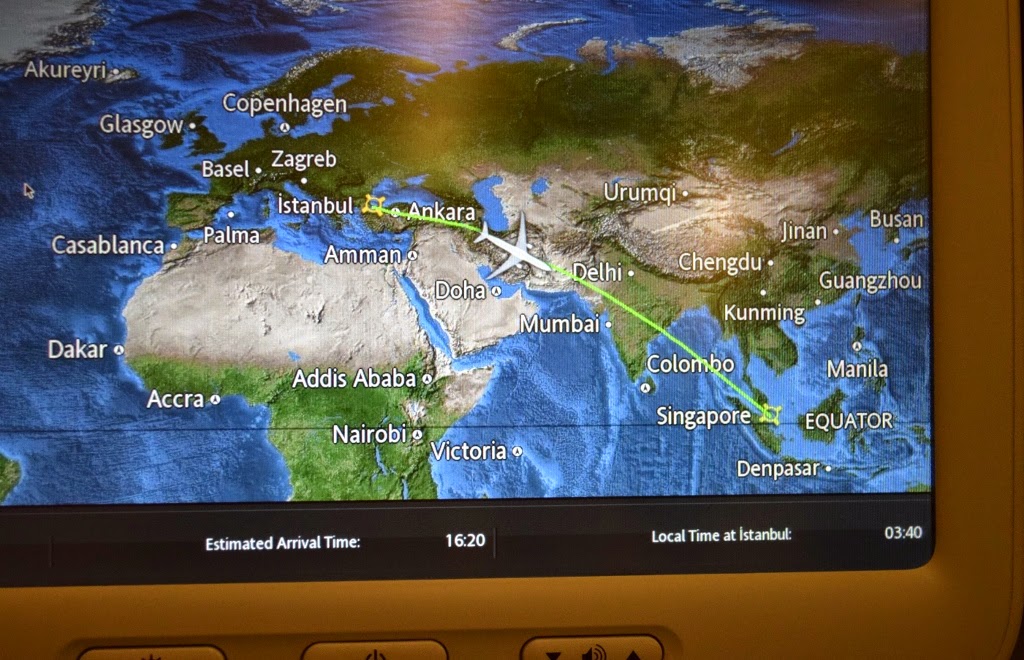 After a quick Singapore layover, we boarded another plane. Well, technically, it was the same plane. We only had a few more hours up in the air left before we were greeted by hot and humid Jakarta, the capital of Indonesia. I lost my hair tie (nothing new here), so you can imagine the river that was flowing down my back. Thank god, we were quickly on our way to the hotel, where I first took a long cold shower. Our hotel was called FM7 Resort Hotel, and it was located about ten minutes away from the airport. We only stayed there overnight, so the close airport distance was the only thing that mattered. I honestly didn’t expect much from the hotel, but it was wonderful! The rooms were modern, spacious and clean; the staff was SO NICE, and there way also a lovely 24/7 restaurant. We tested it right away, haha. The food was ridiculously cheap and yummy.

As I have said, the hotel was super nice. It was also highly secured and gated, but the area we were driving through to the hotel shocked us a little bit. I expected Jakarta to be a metropolitan area, which probably is in most parts, but there we were, in the middle of a slum-like place. Quite a cultural shock. Ok, it probably sounds way more dramatic that it actually was, but I think you get the point. While a few people from our group were secretly freaking out, I actually enjoyed seeing stuff I had previously seen in geography textbooks only. Yes, I’m a bit of a nerd. The only thing that terrified me was the traffic. One word: crazy! I’ve never heard as much beeping in my whole life as I did there in only one minute. And don’t even get me started about their driving skills. Our driver almost crashed into a bus. Twice. Believe me, it was very close.

That’s everything I have for you today! I hope you enjoy reading travel posts, because there will be quite a few coming up in the next few days. I also have a vlog up about ‘the travel day’, so if you’re interested in a hotel room tour, the footage of the slum-like area and other bits and pieces I managed to record, you can watch it below.