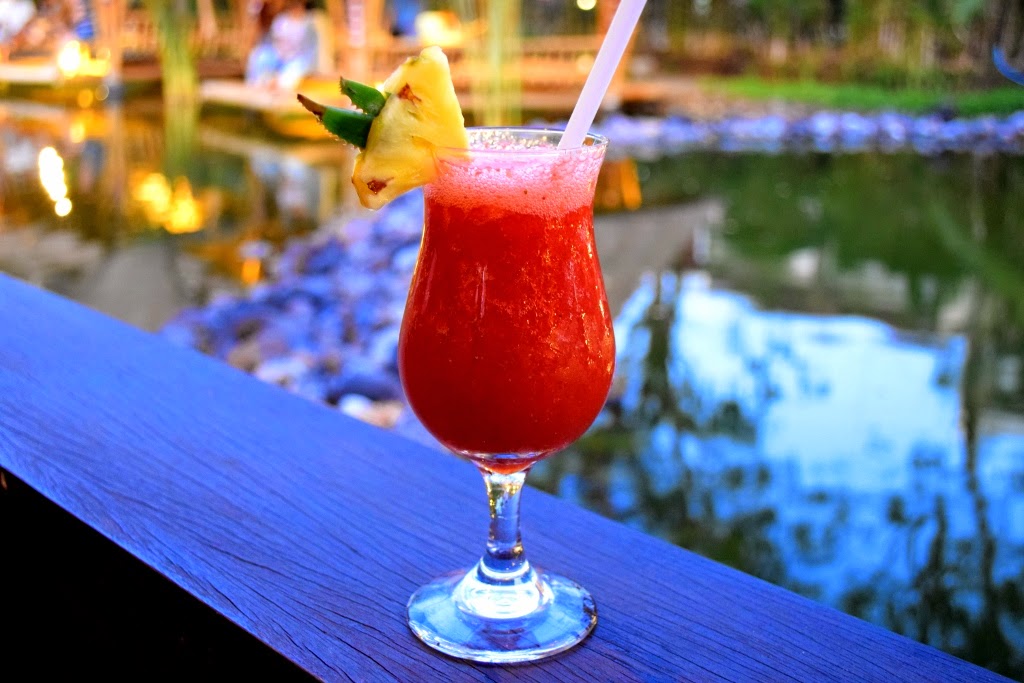 Love it or hate it, this is my last travel post until my next adventure, which I hope will happen sooner rather than later. Let me know whether or not you enjoyed these posts, so that I know how to go about it in the future. Same goes for vlogs.

Today, I have the last three days of my Bali trip to cover, so let’s start. After a relaxing day at the villas, which basically consisted of me trying to connect to wi-fi and not succeeding, we went for a late lunch to the nearby restaurant. The tables were inside little huts located on water, and the atmosphere was delightfully relaxing. But the best part was definitely the strawberry juice that I ordered. OMG! So good! 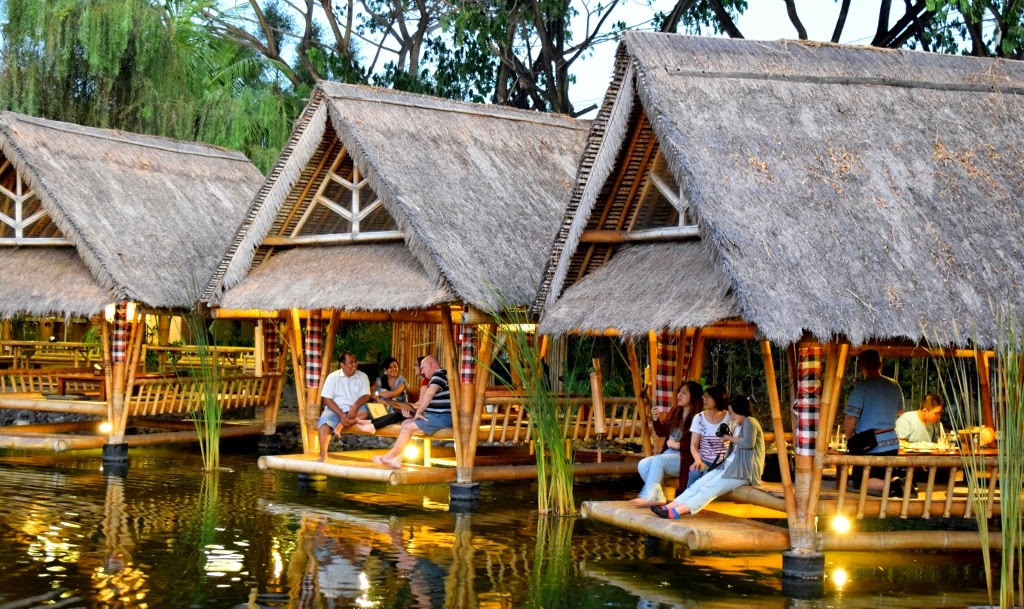 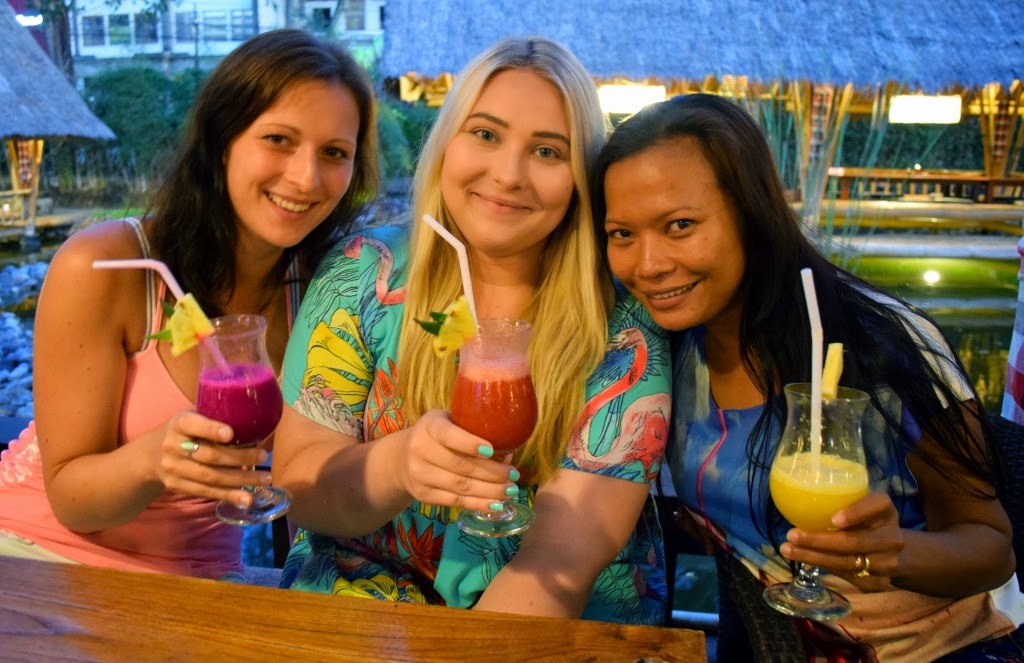 Once we were done eating, us girls made an early escape and were taken back to the villas to get ready, because it was time for some partying! We went to a gay club and had a blast! The music was totally up my alley and the people there were ridiculously nice. Have I mentioned before how much I love gay people?! They’re seriously the best. If you want to be showered with compliments and not being harrased, go to a gay club. You won’t regret it, haha. While we were there, we also saw quite a few ladyboys working the stage.  One word: fierce. Their performances were very entertaining, and their makeup was on point. 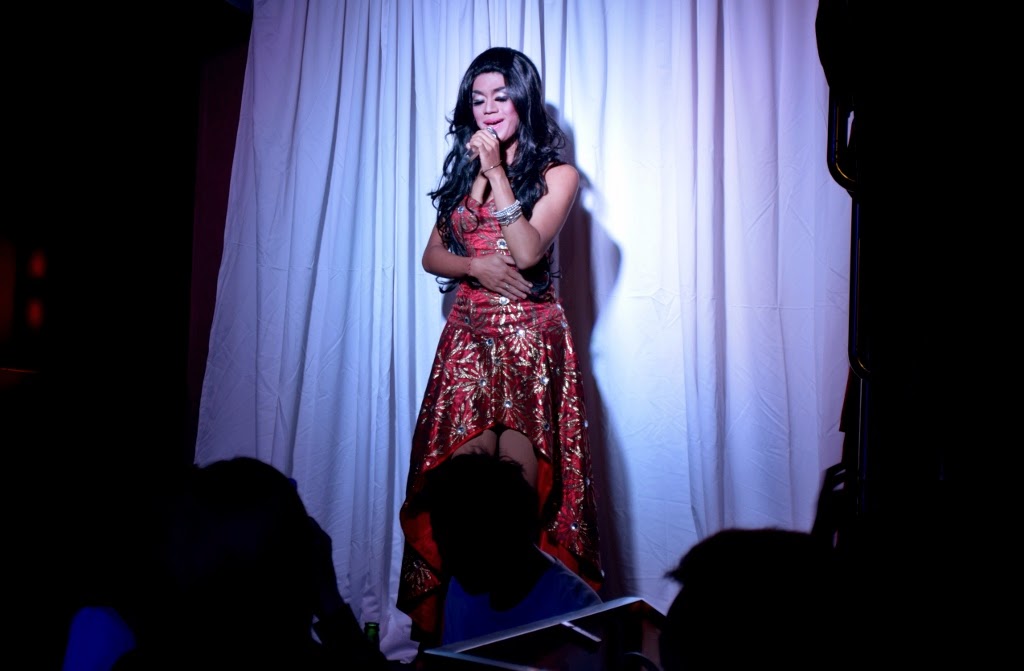 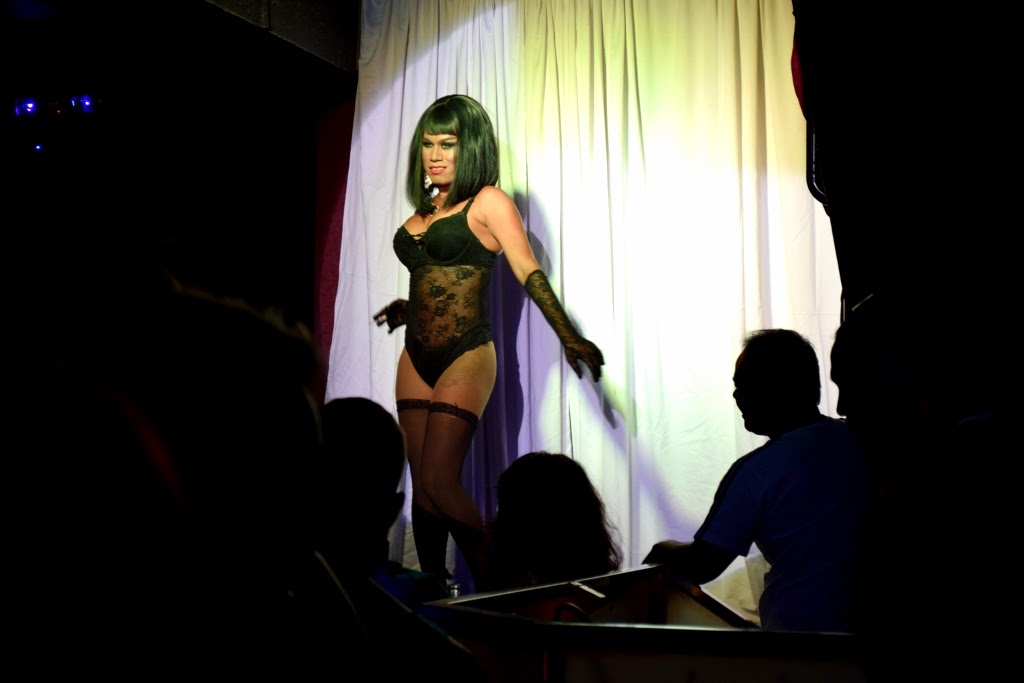 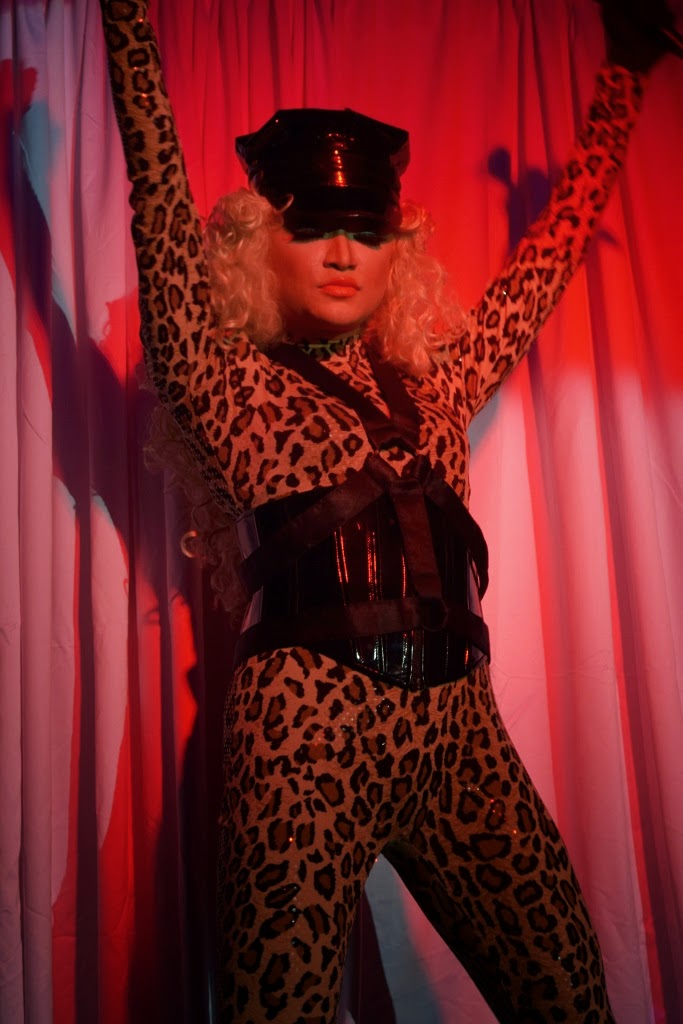 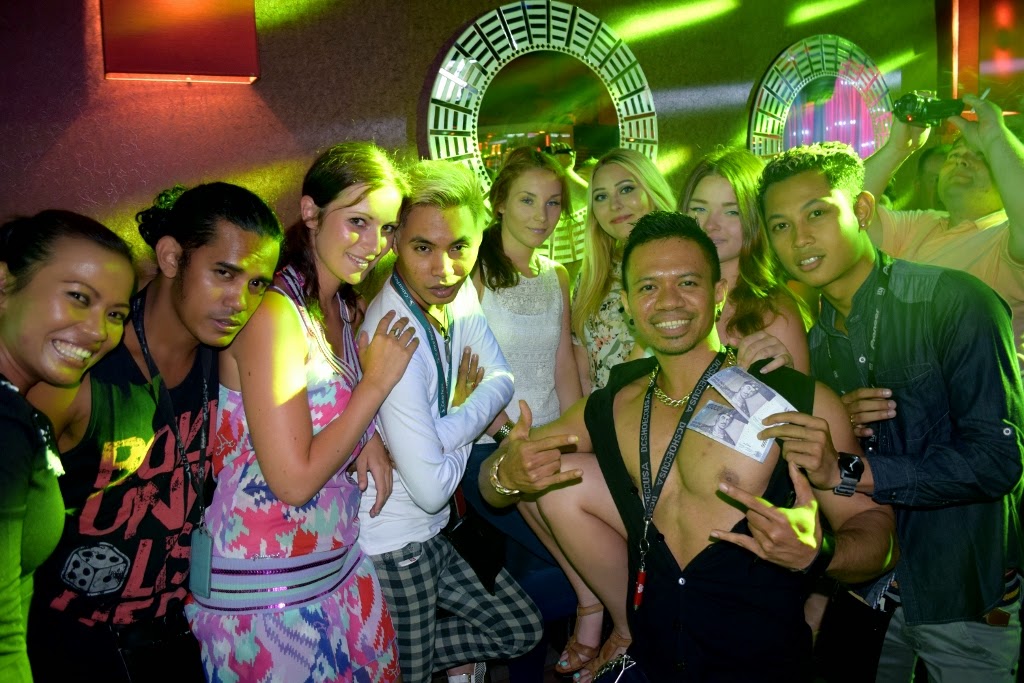 Next day, we first visited the Reptile & Bird Park, where my sister was called on stage and taken away. A few minutes later, she came back dressed as a little farmer girl and was trying to feed a flock of ducks that were running after her and pecking her feet. Hilarious! 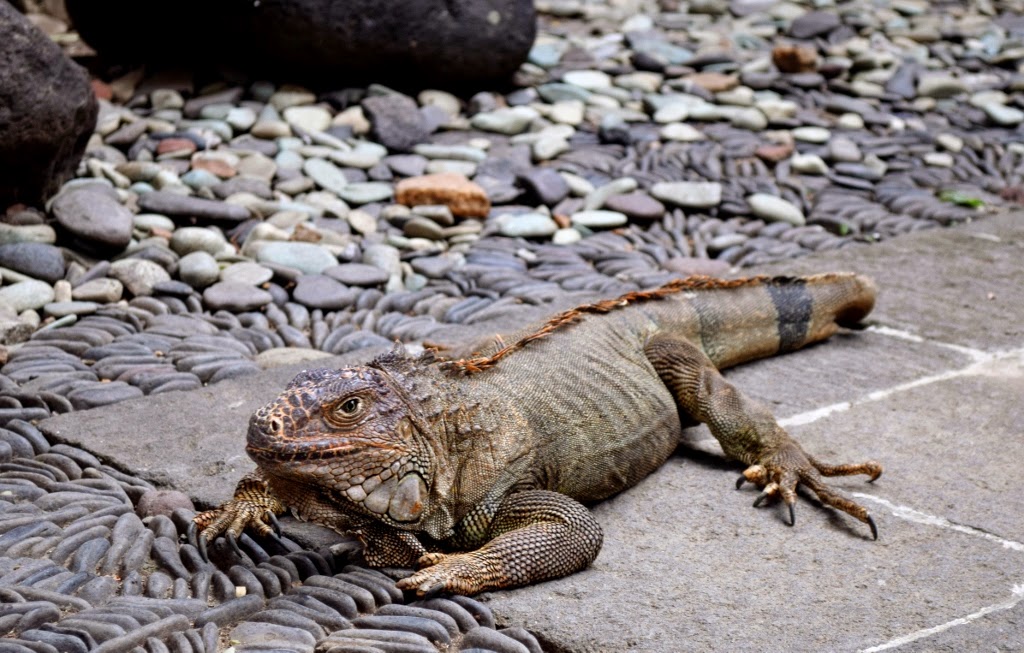 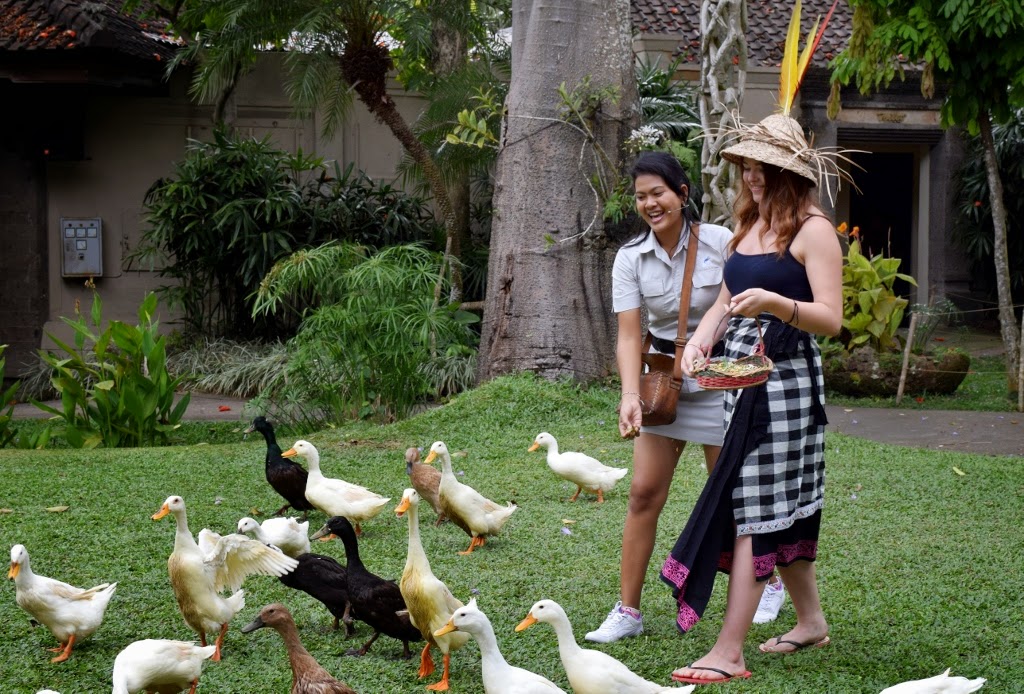 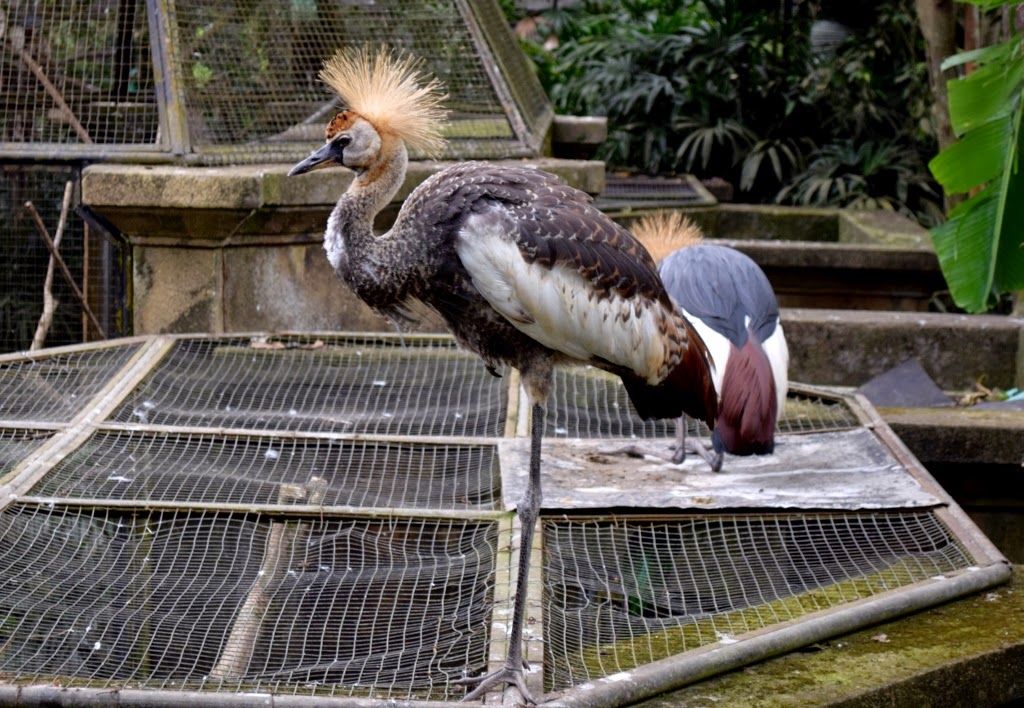 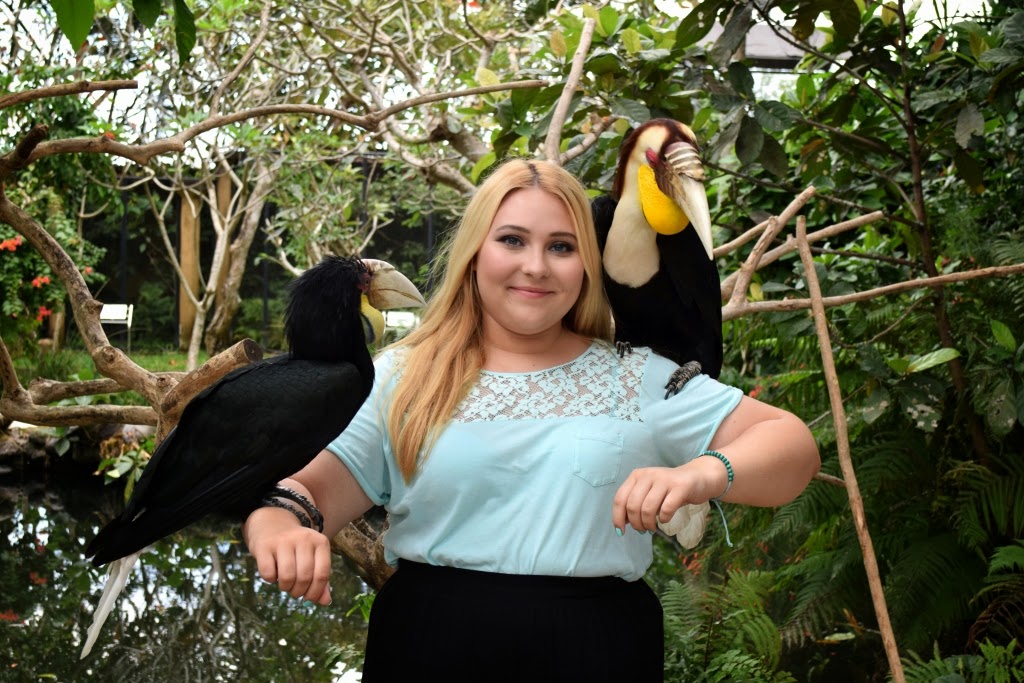 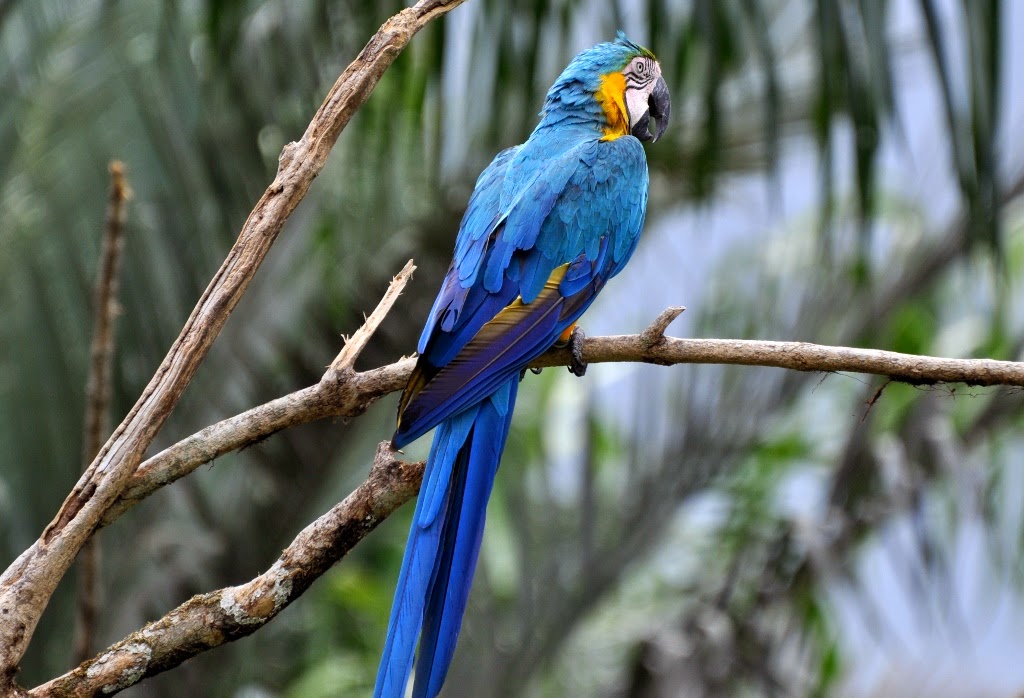 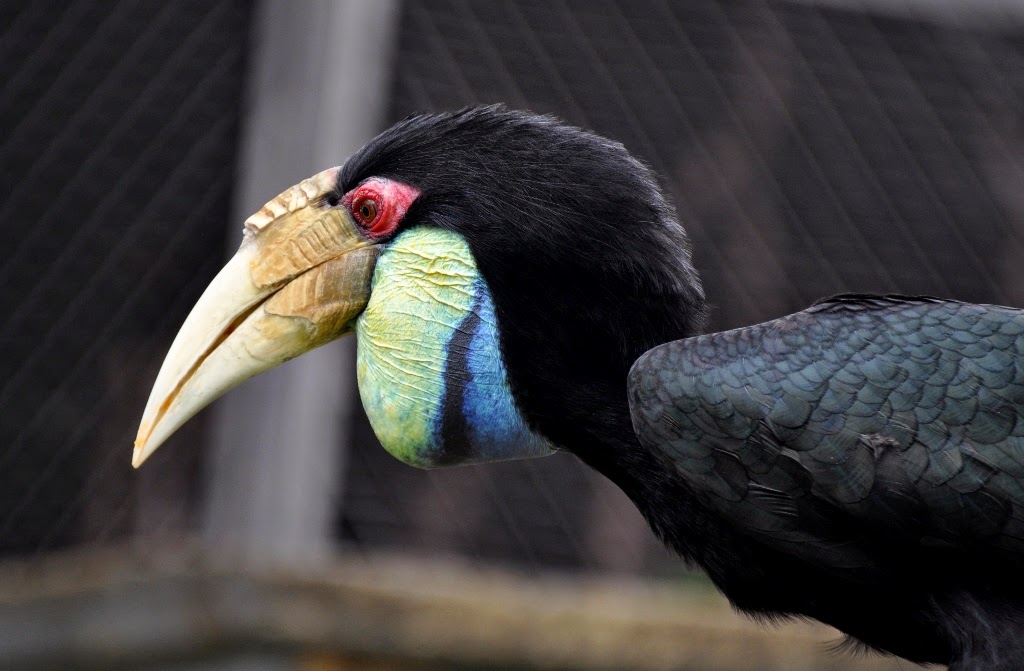 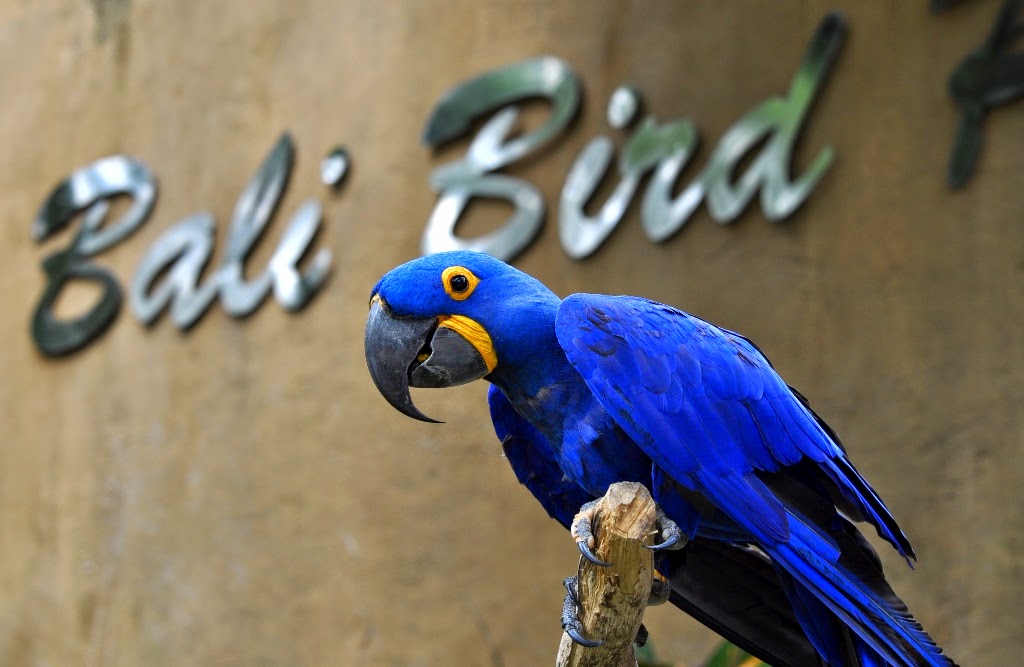 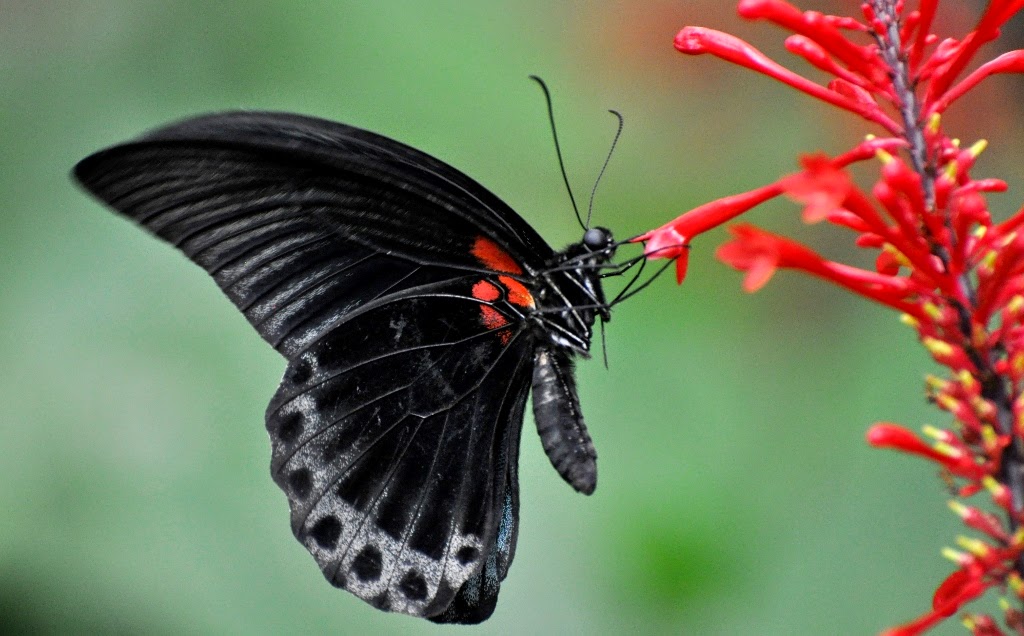 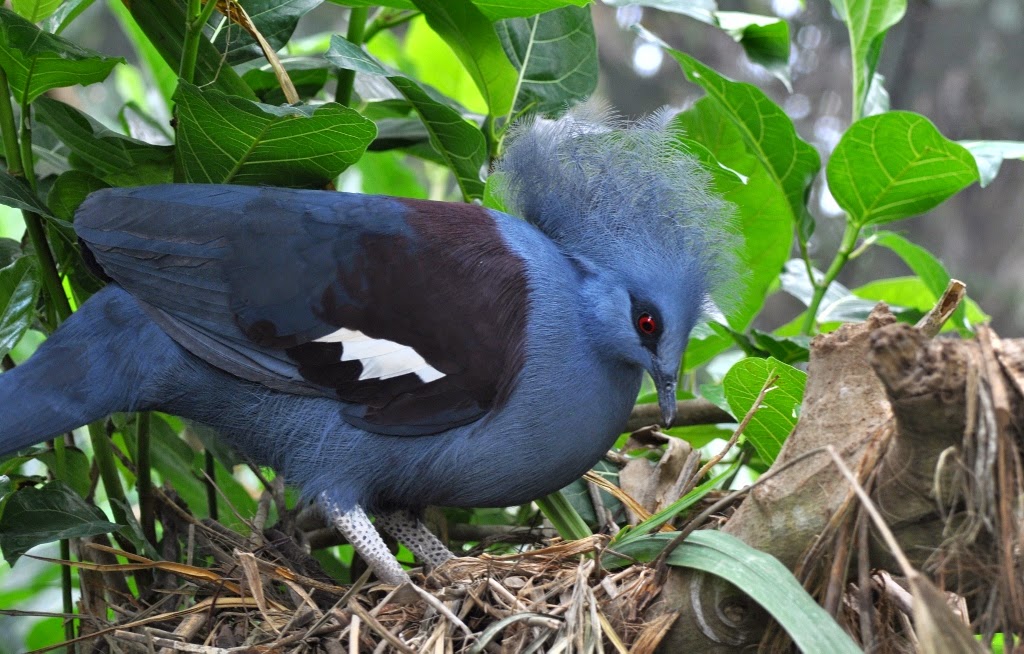 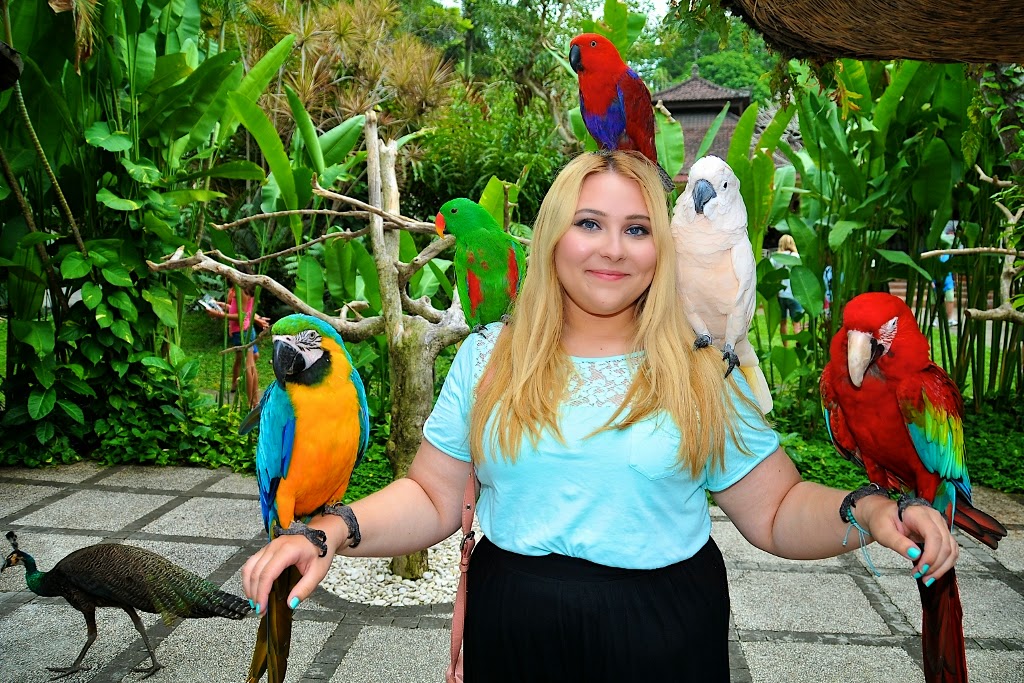 After the parks, it was time for a little break. We first went to check out some famous and photogenic rice fields, and then had lunch in Ubud, which seemed like a lovely place. I really wish we had some time to explor it on foot. Somewhen in between, we also visited The Monkey Forest. It was exactly what the name suggests. A little forest full of monkeys. By the way, did you know that monkeys swim under water? I didn’t and almost had a heart attack when I saw one snorkeling! it was under the water for quite a while, too! I managed to catch the moment on film, so you can watch it below in my vlog. 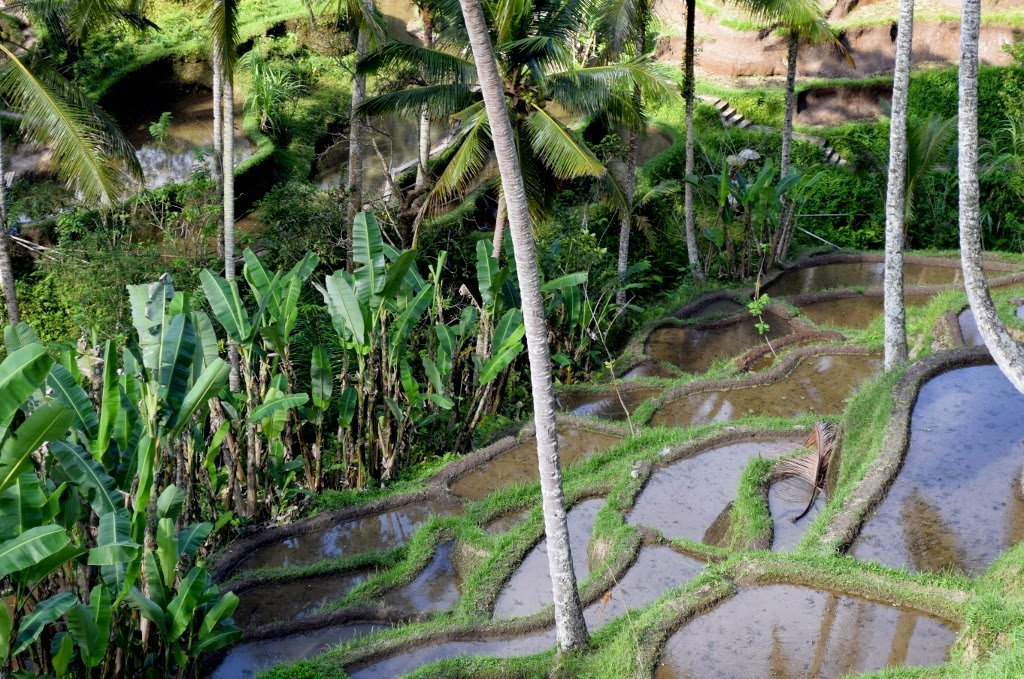 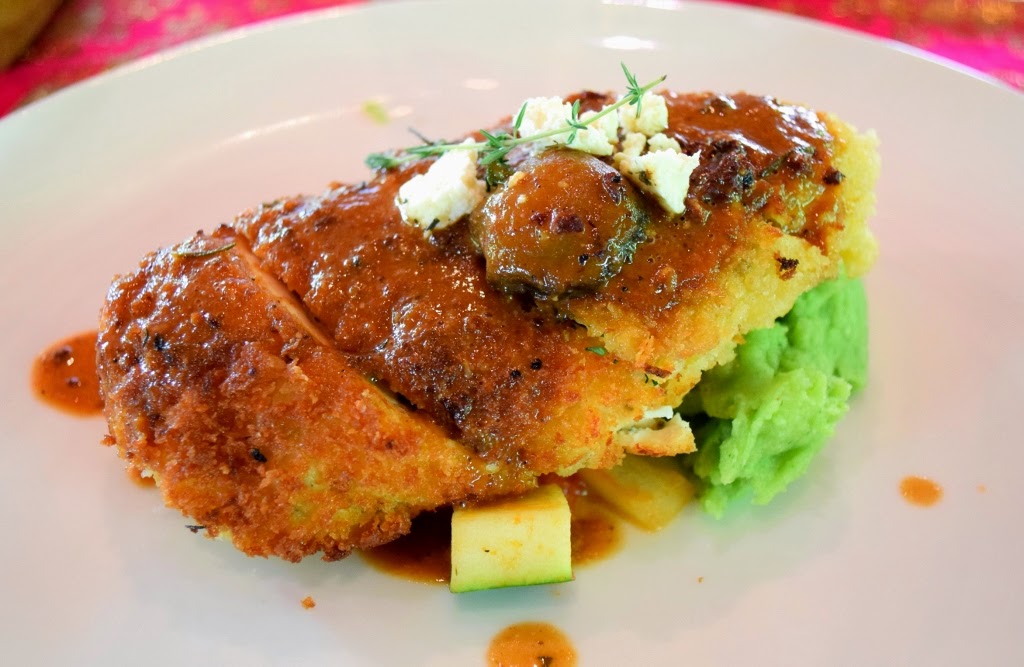 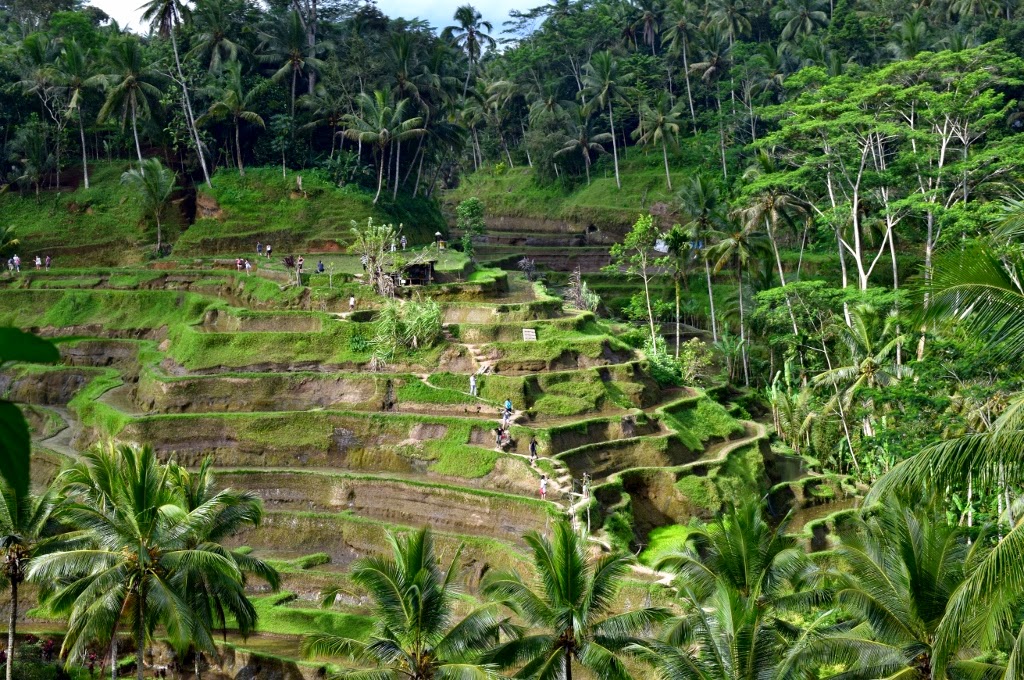 And then came the moment I was really looking forward to! We went to hang out with some elephants! Elephants are one of my favourite animals – next to dogs, koalas, dolphins and wallabies, in case you were wondering – and feeding a baby elephant was definitely the best part of the day for me! So cute! We also got to ride some bigger elephants, which was…well…bumpy! But really fun. 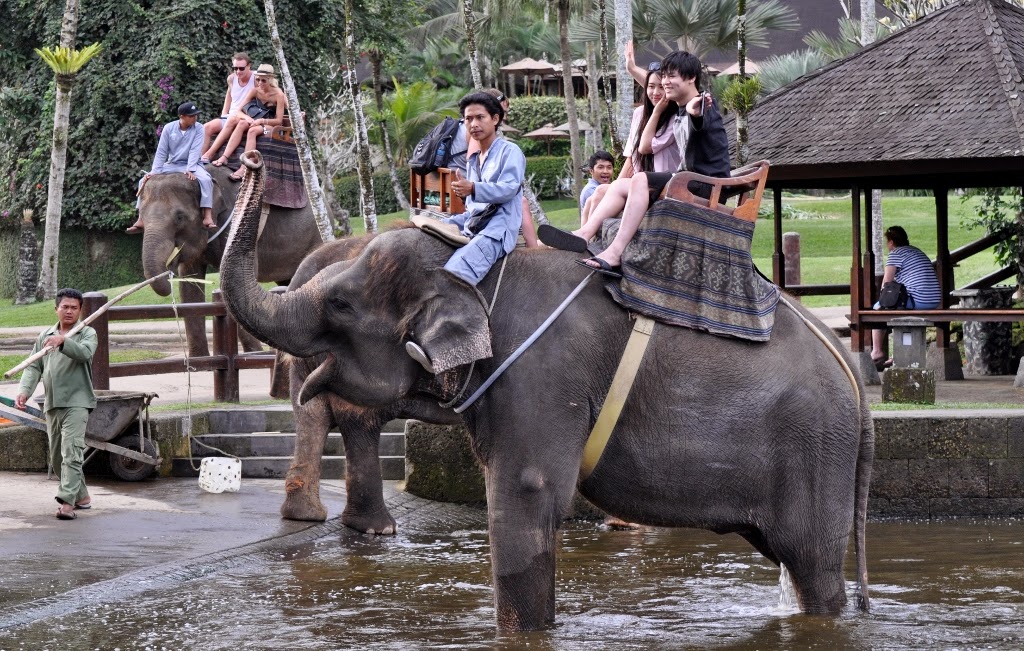 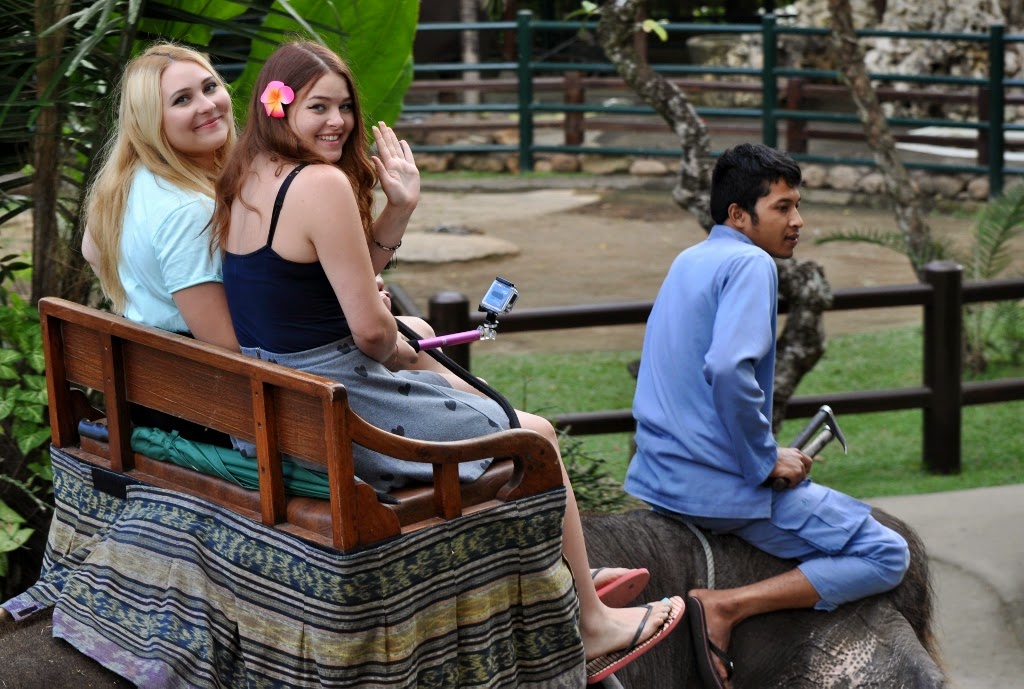 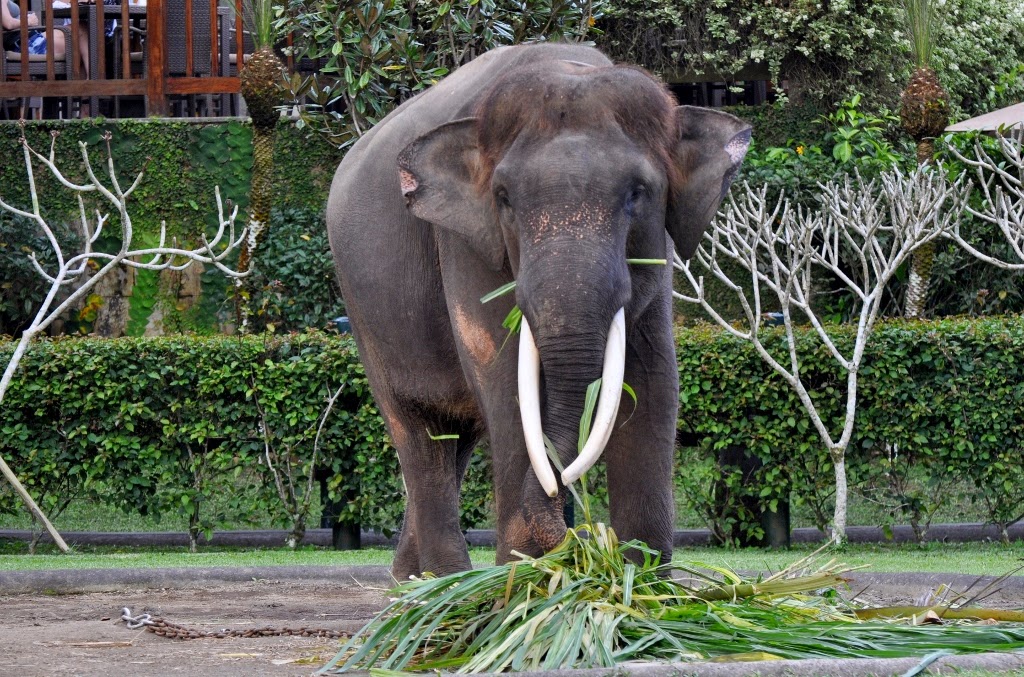 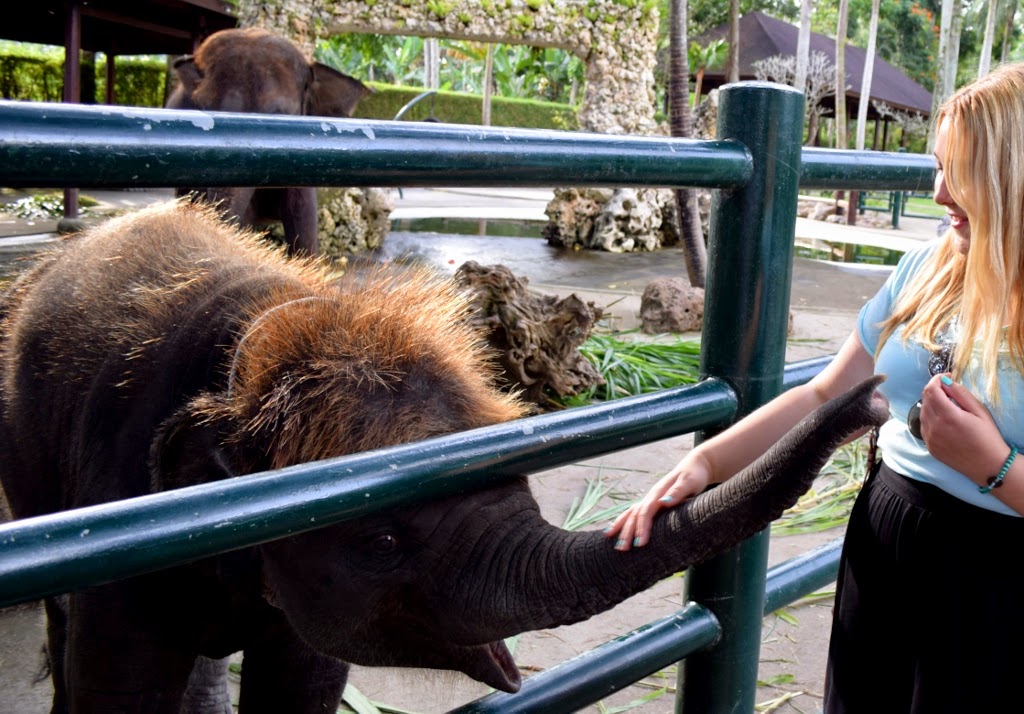 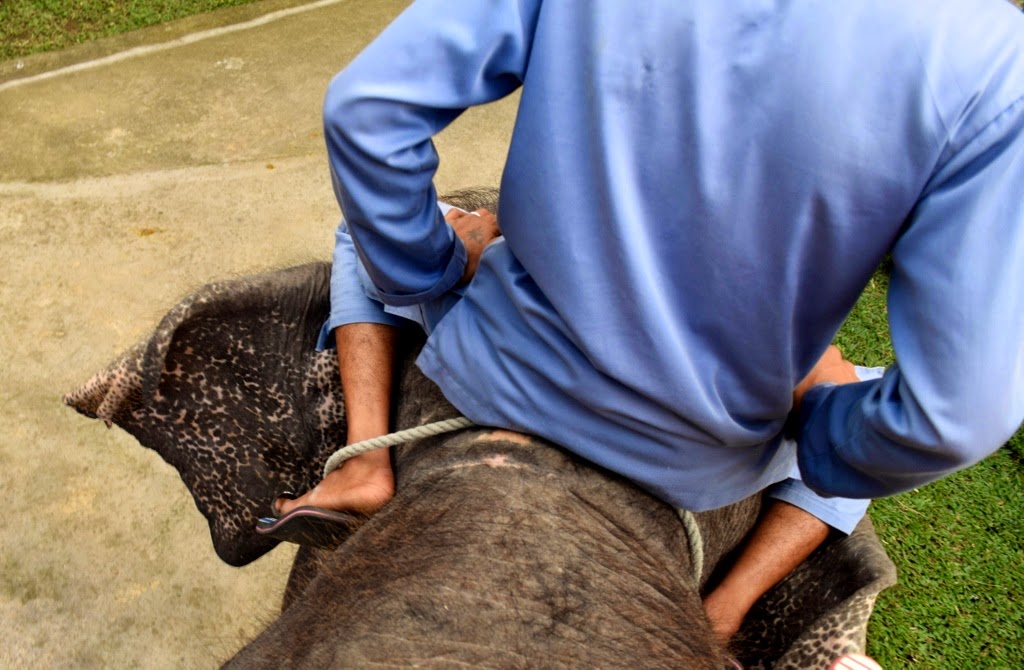 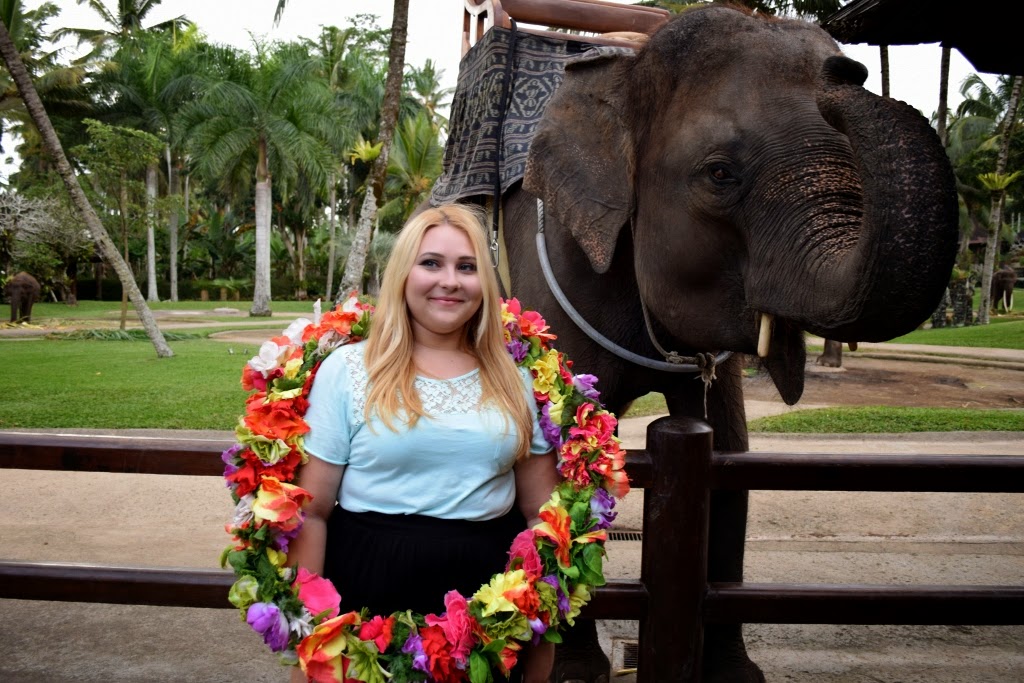 My last day in Bali didn’t start on a good note. I had to wake up SUPER early to go visit a healer. Now, visiting a healer was not something I wanted to sign up for, but I eventually gave in to avoid further arguments. Also, since my knees are rubbish and our western medicine failed to help me, I thought I would try my luck there. Big mistake! It was like the massage story all over again. When we arrived to the healer (extremely early in the morning), there was already a ridiculous amount of people waiting for his help. People come from other remote islands all the way to Bali, because they believe this man can cure all illnesses just by touching them. The majority of them never even visit a real doctor. When I got locked in a room with about twenty caughing people who haven’t seen a single doctor in their life all around me, I started freaking out. If I could, I would run away. I was really considering doing it, and if it didn’t seem rude, I would definitely do it. But, of course, I stayed and suffered in silence. Little did I know that the real suffering would come a few minutes later, when the healer called me up to him, told me to lay on my back, lifted up my T-shirt in front of all those people and started touching my boobs! And my stomach. Actually, it was not touching. I don’t know how I would describe it, but it was VERY PAINFUL. And no, I am not overreacting one bit. Trust me, if you saw my stomach area a day later, you would believe me. It was all differend shades of yellow, blue, green and purple! Basically, my whole belly was covered in one giant colourful rainbow. But it wasn’t a rainbow, it was a humongous and freakin’ painful bruise. Yay! Oh, and by the way, he didn’t even mention my knees! Instead, he said I have problems with my colon. Umm… no, I don’t?! Lol. So, yeah, that happened.

Thankfully, the afternoon was a lot more enjoyable. Three of us went to the town called Seminyak to do some last-minute shopping. There, I finally saw a supermarket for the first time in two weeks, but failed to find any make-up. I wouldn’t be able to survive there. There’s literally no makeup. Anywhere. I saw TWO stores while I was there. Two. Tiny. Little. Stores. One had a few European and American drugstore and high-end brands, but really just a few, and there was one Etude House store. That was it. Those were the only two stores I saw. Even when I went to the drugstore that had a large ‘makeup’ sign above the doors, I only managed to find two eyeliners of the same kind and some bad looking nail polish. Really weird. Anyway, when we were done with shopping, we went to wait for our driver to pick us up, but instead, there came the villa owner and the gardener on vespas. They told us that the driver couldn’t come, because he was waiting for some people at the airport who got their luggage lost, so they came to pick us up instead. We first thought that they were joking, but no. 10 minutes later, we were driving home on vespas. I don’t know who was more in shock. Me in the back of the gardener’s vespa, trying not to fall off while he was driving through red traffic lights, on  and off pavements, in between cars and REALLY close to trucks (at that point, I was praying for my Marc Jacobs to stay on me and not on one of the wing mirrors we were passing by), or my sister and my firend who were being taken back on the same vespa. Fun times! But, no, it actually wasn’t all that bad. After a few minutes, I somehow started enjoying the craziness that is Bali traffic. Maybe there is a drop – but only a little drop – of an adrenaline junkie hiding in my blood after all, haha.