If there’s one thing I can do when it comes to makeup, it’s blending. I think it’s one of the most essential makeup skills and I just love it. My make-up school instructors could confirm it, haha. I can spend hours on blending out the eyeshadow, which is where a blending brush comes in. I don’t know what I was doing before owning one. Seriously, if you do your makeup and don’t own a blending brush, I don’t know how you do it. Go get one! 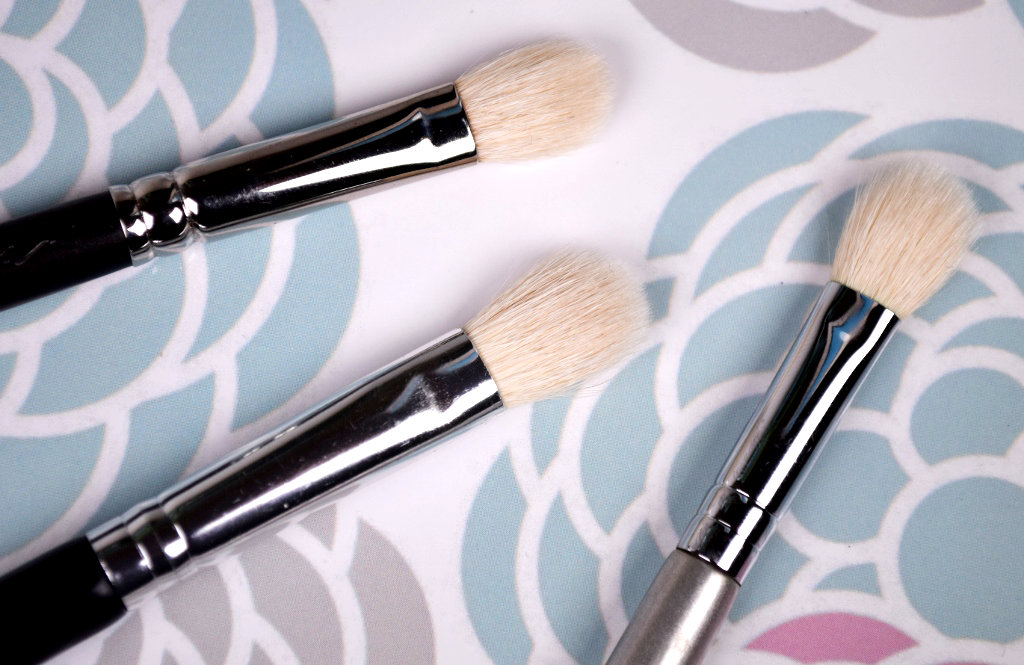 MAC’s 217 is probably one of the most talked about make-up brushes and rightly so. It is flippin’ amazing. I’ve had one for two years now and I can without a doubt say it’s my all time favourite. I’m actually considering picking up a few extra ones, because you can never have too many blending brushes. Am I right or am I right, ladies?

Now, as you can imagine, MAC brushes are not the cheapest of them all. The 217 will set you back for about $24. Being a make-up artist, I can justify such purchase, as I know the brushes will serve me well and be the gift that keeps on giving, but if you don’t want to spend so much money on a single brush, I have a few other options for you.

By the way, these are not the only blending brushes I own. I think I have about five more and no, I’m still not done with buying. I always seem to be running out of clean ones, whether I’m doing my own make-up or someone else’s. I told you I have a problem…

Anyway, today I decided to concetrate only on those two dupes in my collection that are most similar to MAC’s 217. One of them is a $1 ebay brush from China, and the other Sigma’s E25, which you can get for $14 (I have the travel version with a shorter handle). These are all ‘old’ brushes. I really wanted to wait for at least a year before giving you any reviews, as I wanted to see how they would hold up. For the reference, I got the Sigma one first, over five years ago now, I bought the MAC one two years ago and the ebay one a year and a half ago.

Long story short, they all do their job, but there are slight differences between them. Compared to the MAC one, the brush from ebay is a bit longer and wider, which makes it a little less comfortable to hold and a bit harder to work with. It is bulkier, heavier, and the hair area is wider/larger as well. Because of that, it is definitely less precise. I’ve also noticed that the bristles got a bit scratchy after a while, the brush started losing its shape and the occasional hair falls out every now and then. Having said that, this is not a horrible brush, especially considering its price tag. I still get use out of it, but only when all my other brushes are dirty, since they are of better quality and I obviously gravitate towards those first. I mostly use the ebay dupe for blending out cream eyeshadows, because I find that the cream products require a ‘heavier hand’ and I rather use a cheap brush over an expensive, more delicate one to distribute and blend out the product.

Moving on to the Sigma dupe. This is one of the oldest make-up brushes in my collection and the one that still looks and feels as good as it did when I first got it. In that regard, it’s even better than the MAC brush, with which I started noticing the occasional scratch two years down the line. When it comes to the handle, the brushes are pretty much identical, the only difference being that the handle of my Sigma one is a lot shorter, because I have the travel version, as mentioned before. The normal version is obviously longer. I don’t know how they would compare in terms of weight, though. My Sigma handle seems more hollow, if that makes sense, so I assume even the regular version is a bit lighter. Now on to the bristles. The size to me is completely the same, but there is a difference in how the hair feels like. The Sigma brush is softer and fluffier, while I find the MAC one more dense. I tend to use MAC’s 217 for the initial crease bledning and Sigma’s E25 for the outer edge finishing touches.

I really hope these comparisons will help you out with deciding which one to pick up in case you’re planning to get a blending brush. I tried to be as detailed as possible, but if I missed something, feel free to drop me a question and I’ll make sure to answer it. Also, let me know if you know of any other potential 217 dupes. I’ve heard that Zoeva’s 227 is supposed to be pretty good as well. Maybe I’ll pick up that one next…