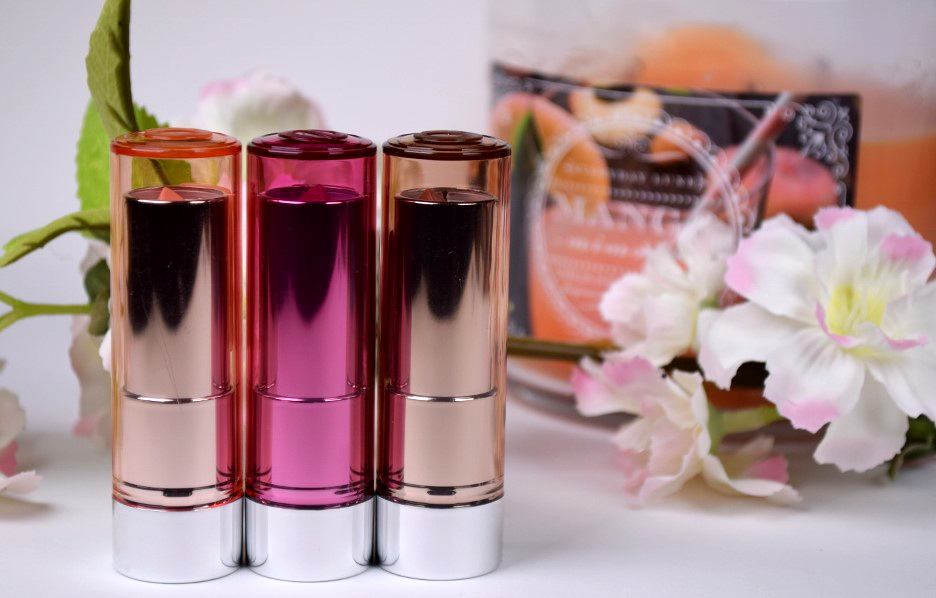 As always, let’s start with the packaging. In my opinion the sheerness of it looks a bit cheap, but I love that each shade sports a differently coloured cap, which makes it very easy to find the shade you’re looking for. I really do appreciate when companies do that, because there’s nothing I hate more than having to flip around every single lipstick when I’m in a hurry. Speaking of cheapness… When I first saw these, I had a feeling the caps would start breaking and falling off after a while, but lo and behold, this is some high quality plastic we have over here! Even after four months, the packaging still feels sturdy and that satisfying click you hear when you close it hasn’t disappeared either.

To my disappointment, the formula is not exactly buttery or moisturizing, but it is by no means uncomfortable to wear or drying. If anything, I would describe it as a bit waxy. Sorry, that’s as good as my explanation gets in this case. I really don’t know what other word to use. Another thing I find hard to describe is the scent. It’s almost that kind of an old lipstick kind of scent, but with a bit of vanilla thrown in? Sounds about right in my head. I can’t say that I’m a fan, but I’m not a hater either. I’m… Switzerland.

The result they give is exactly what the name suggests – they are sheer with a shiny finish, but they aren’t too shiny. I would say they’re almost frosty, as they do all contain glitter. Having said that, some of them have bigger particles, resulting in a full-blown frost effect, while others don’t contain as much and come off creamier, which I prefer. Due to their sheerness, they’re not long-lasting by any means. I have to re-apply them very frequently, but I’m personally not bothered by it, because most of my on-the-go lipsticks share the same quality and I guess I just got used to it by now.

I currently have five different shades in my posession, but since two of them are very recent additions I haven’t managed to photograph just yet, I’ll be introducing you to my oldest three only today. Number one in the queue is ’01 My First Love’, which definitely wasn’t my first or second or third love. It’s that concealer type of a shade I’ve never been a fan of and I really can’t imagine it suiting anyone to be completely honest. It’s just way too light and way too frosty. The only time I wore it was when I took this photo and then it went straight to the ‘get rid of it’ pile. I just can’t… Maybe I’ll cut it up and use it to tone down some super bold colours whenever I decide to get creative again and mix up some new shades of lippies for myself.

The second shade, ’07 Sparkling Miracle’, is a lot better, but it hasn’t sweeped me off my feet either. It too contains a lot of glitter, so it’s rather frosty, and comes off a lot lighter on my lips than it looks in the packaging. I expected  a berry shade, but it’s more of a toned down fuchsia if you ask me.

And now the hidden secret… Get it, get it? I know, I’m lame. If you didn’t get that, the shade is called ’04 Hidden Secret’, pretty much. I didn’t expect to like it, because it looks very brown in the tube, but oh my lord! This is literally the perfect beigy nude for me. I love it so much I already got myself a backup!

Have you tried any lipsticks from this collection yourself? I’d love to hear your thoughts in case you have.