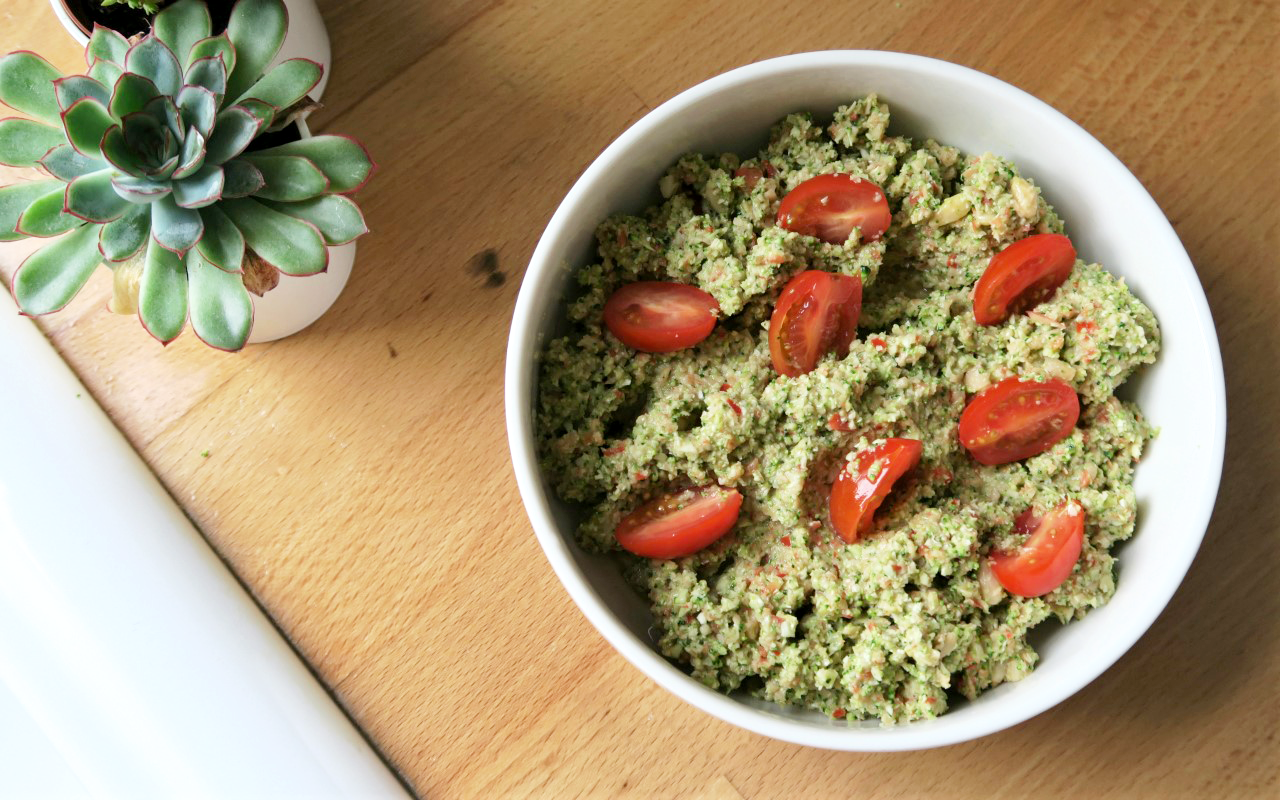 Eating raw brocooli hadn’t crossed my mind before trying out this broccoli salad. I just didn’t think it would taste nice, and while I still wouldn’t pick it up and eat it like an apple, I can assure you it’s pretty damn incredible when you chop it up and combine it with some other ingredients. I’ve been raving about this salad for weeks now and it would be a crime not to share the recipe with you guys as well, so here you go!

The instructions couldn’t be easier. You just cut the broccoli into florets, cut the bell pepper into smaller pieces, slice the apple, and throw everything in a food processor. I usually mix this first and then add the rest of the ingredients before mixing it again. When it comes to olive oil, vinegar, salt and pepper, I didn’t put down the exact amounts you need, because you just use these for seasoning and can’t really go wrong unless you’ve never made yourself a salad before.

I love to eat it as a side dish, along with beef quarter pounders, and I always add some plum tomatoes on top, because apparently, I’m obsessed with them. My housemate recently pointed out to me that I somehow manage to sneak them into every single meal, and you know what? I can’t even deny it. Yes, I admit, I have an unhealthy a healthy obsession with tomatoes and I’m proud of it, haha!

Will you be giving this recipe a go? If you do, pretty please let me know how you like it and send me a photo of your creation via social media. You can find me on Facebook, Twitter, Instagram, Snapchat… Everywhere!