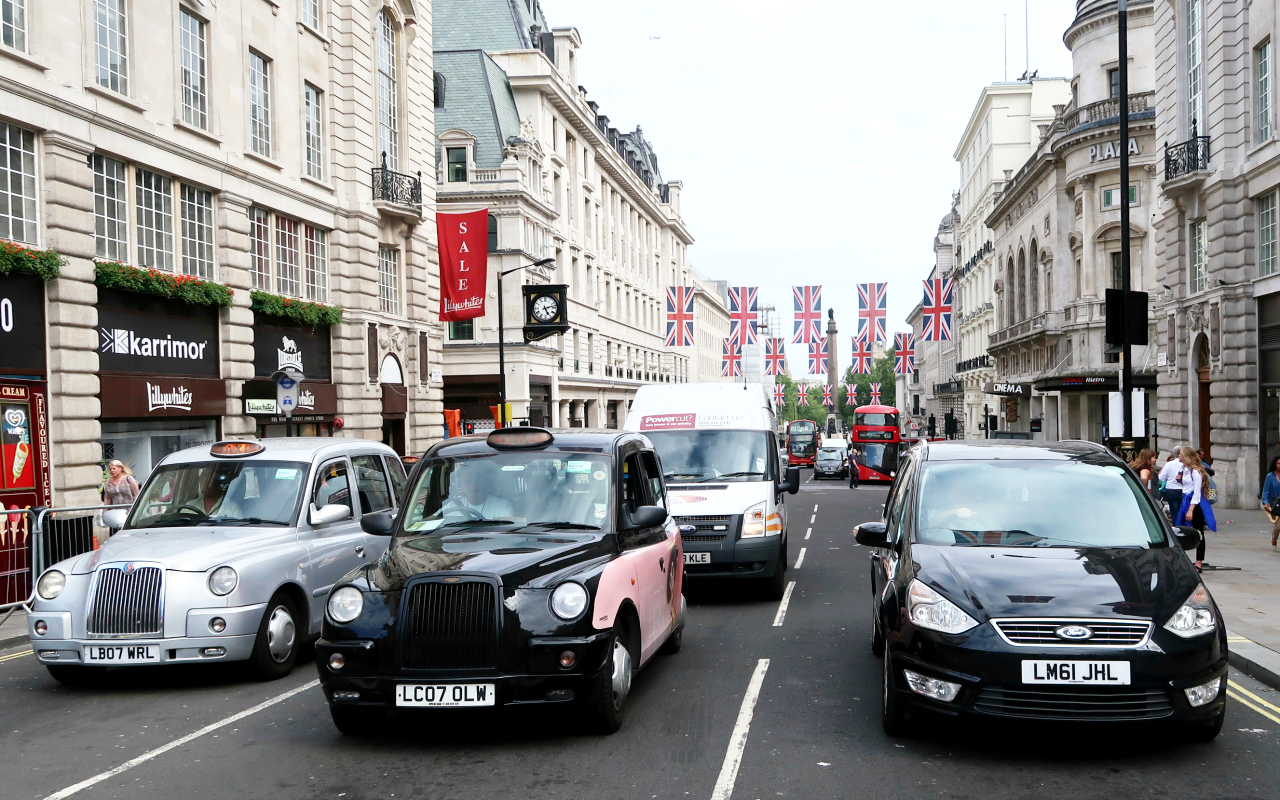 One of my biggest fears in life is driving. I had this very vivid dream of me being involved in a serious car accident once, and ever since then, I freak out every time I have to get behind the wheel. Summer of 2010, when my parents forced me to go get my driving license, was probably my most stressful summer ever. I remember constantly waking up in sweat – despite the air con – knowing I have yet another driving lesson on my schedule. Even though a relative of mine who I think is awesome was my driving instructor, it didn’t help the situation one bit.

Call me a silly billy, but you know what was one of the things I was most looking forward to when I found out I was moving to London? Public transport. You need nerves of steel (and an actual car) to drive around the city, so for now, I’m sticking to trains, buses and the tube, trying to convince myself London public transport is the best thing ever, despite having been stuck under someone’s smelly armpit way too many times. Yup, summers in London can be very fun. Especially when we have a heatwave on our hands.

I think the reason I’m so freaked out about driving is the fact that I feel like I don’t have everything under control. I’m afraid of the other drivers’ actions on the road (there’s a lot of maniacs out there) and I’m also not confident in my own skills. I’m afraid I wouldn’t know how to react in a potentially dangerous situation, be able to park my car, remember an important road rule or even what one those dashboard lights means, which brings me to the infographic below. 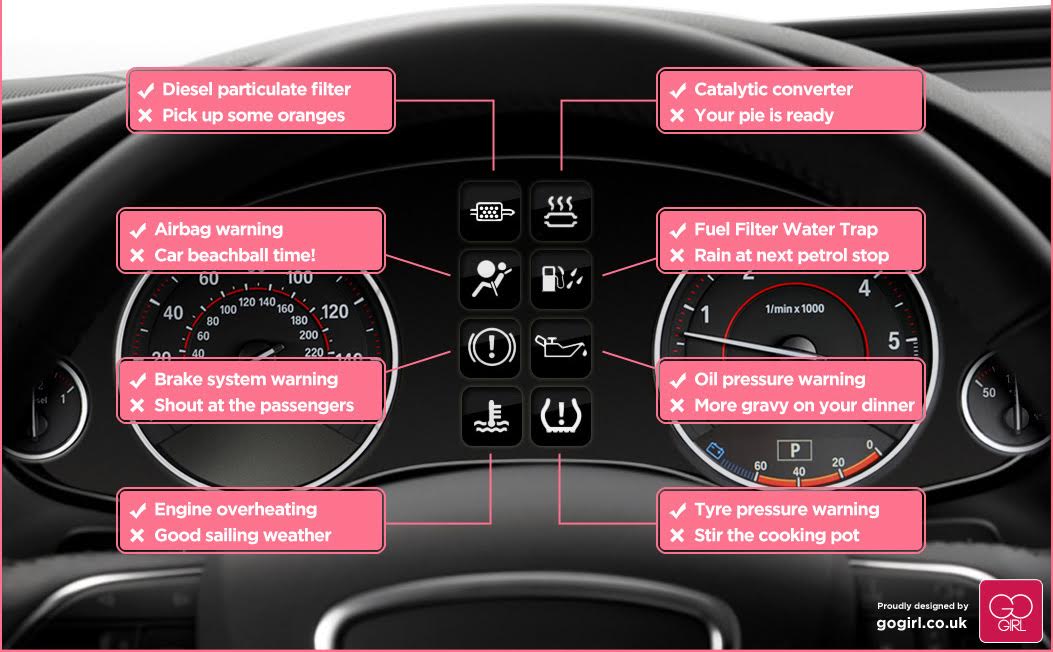 When I came across it for the first time, I couldn’t not laugh, because ‘shouting at the passangers’ is exactly what I did when I saw that brake system warning for the very first time. I thought the car was about to explode. I still remember the day. I was driving my sister and myself to my grandma’s birthday party, without my dad, who had always been the one sitting next to me while I was driving up until that point. I was shitting myself. Everything that could go wrong did. I didn’t completely release the break, I drove forward instead of backwards while trying to get the car out of the garage (obviously hitting the junk in front) and, of course, my car switched off when I got the green light at the crossroads and was supposed to drive away. That was also the moment I swore to myself I was getting an automatic if I ever needed to get a car of my own. What can I say, it was an intense 10-minute journey. That was the last time my sister went in a car with me and I can’t even blame her, haha. I’m still surprised we managed to come out alive.

Anyway, I just thought I would share this funny infographic with you, because it’s actually very informative and might come in handy if you’re an anxious new driver yourself. For detailed explanations, you can also read this article. I’ll definitely be referring back to it if – or should I say when – I give driving another go. By the way, what’s your biggest fear?