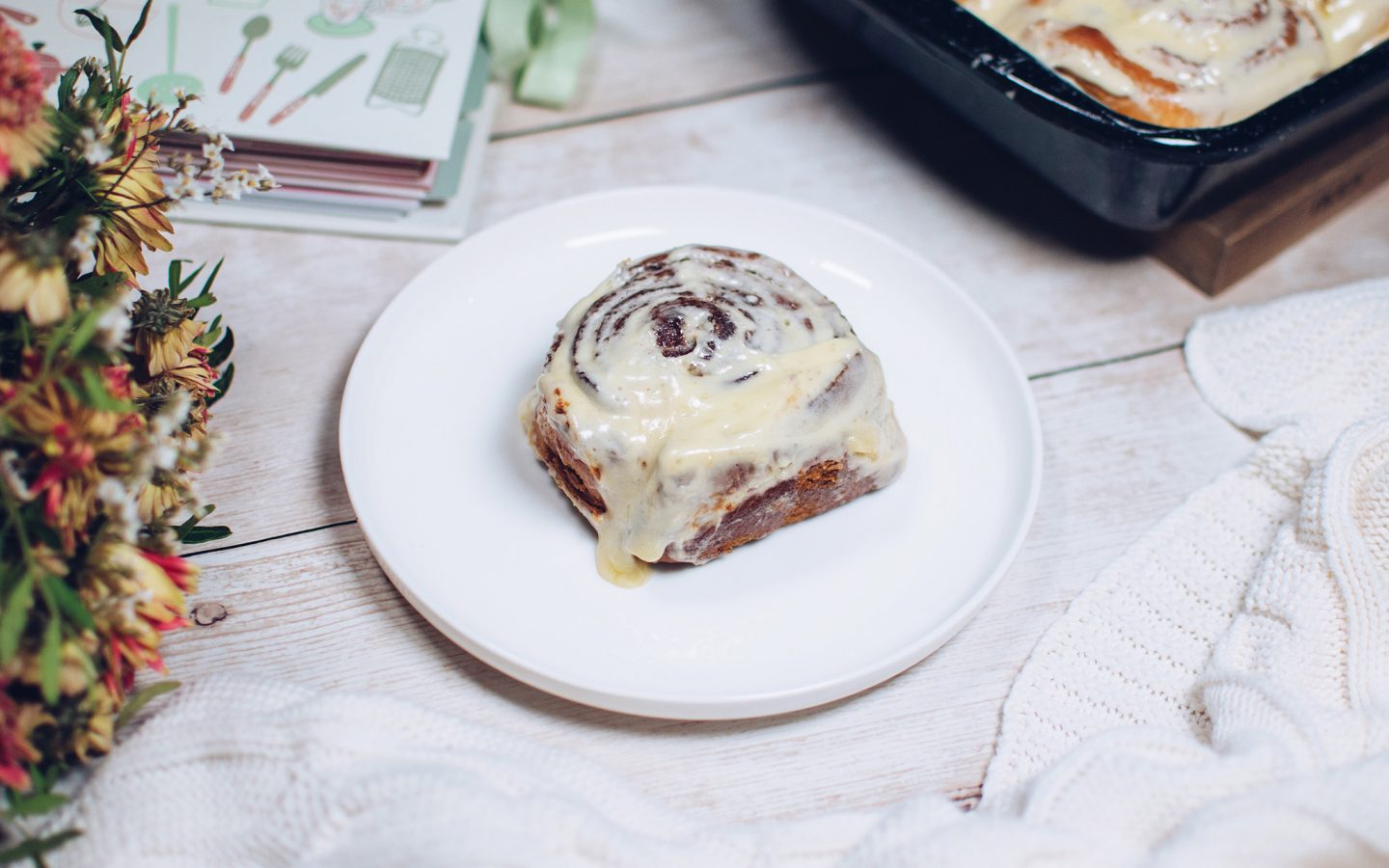 By popular demand, I’m back with another recipe post today! Fear not, The Puzzle of Sandra’s Life isn’t turning into a food blog anytime soon, but not sharing the recipe for THE YUMMIEST Cinnabon inspired cinnamon rolls I’ve made last week would be the world’s biggest crime. Just don’t blame me for the extra pounds! I’ve warned you. Funny thing – I’d never actually made cinnamon rolls before, but my first attempt turned out so well I’m starting to believe opening a patisserie is my secret calling… Who knows? Maybe one day! 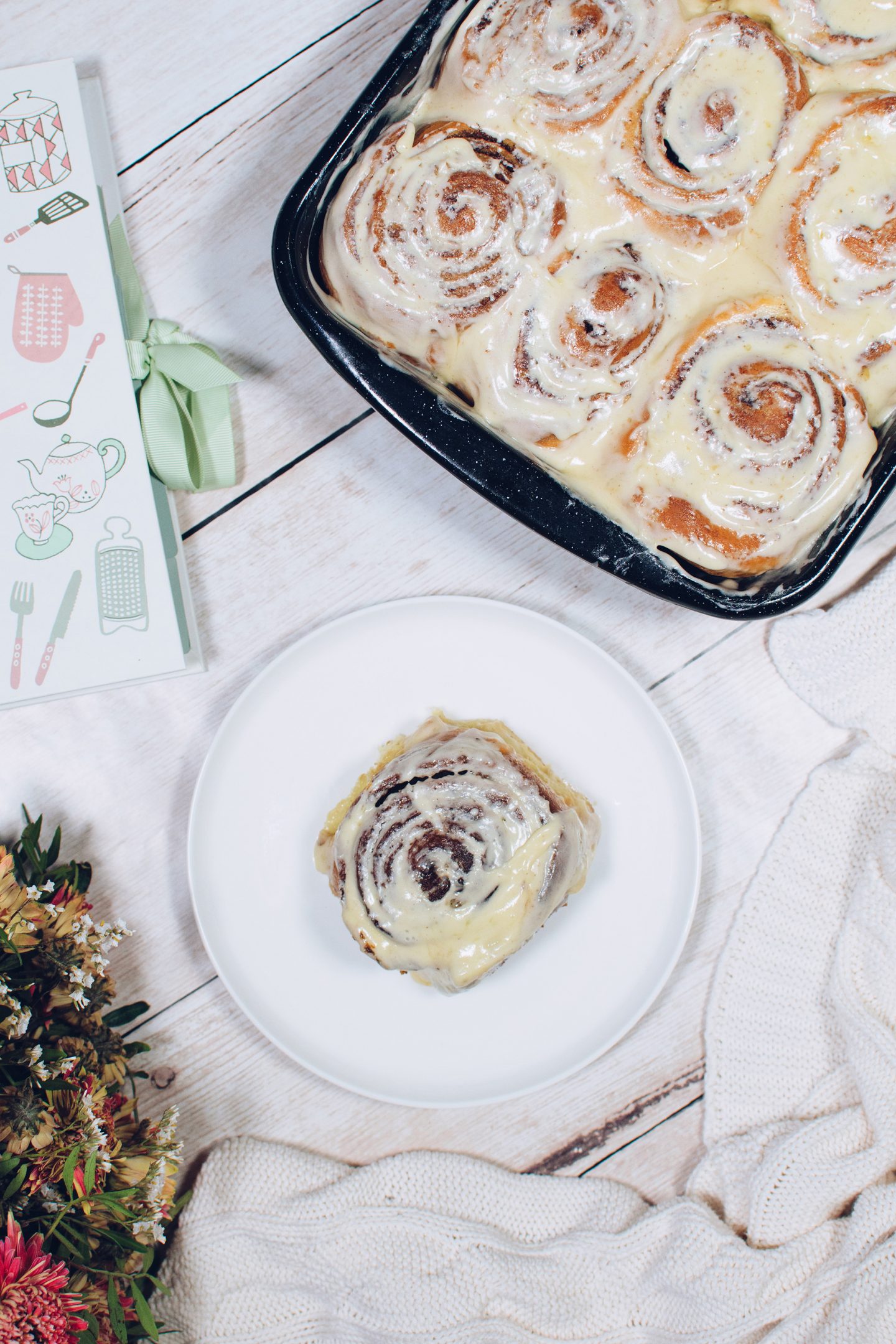 a few drops of oil 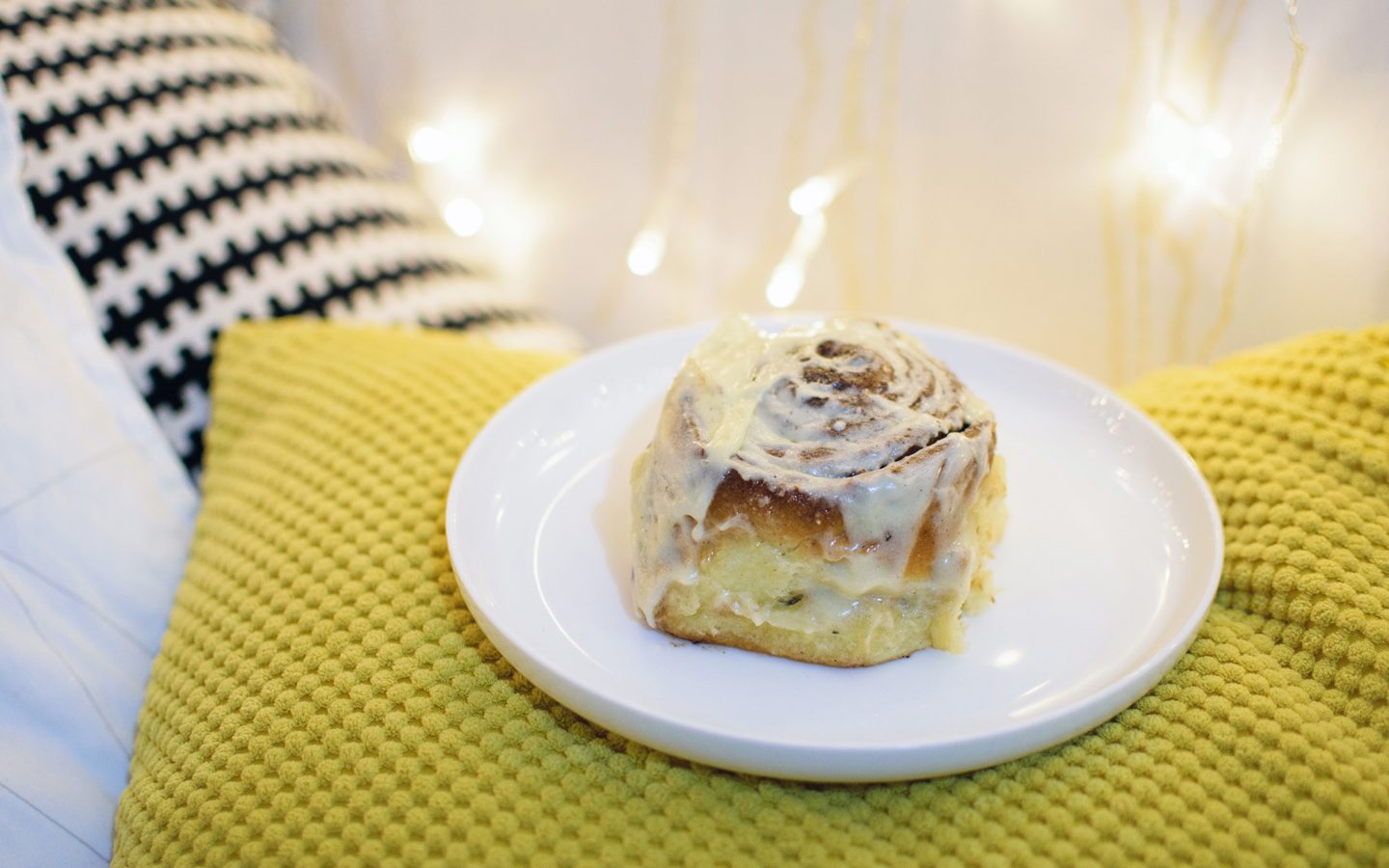 To make the dough from scratch, warm up 1 cup of milk, pour it in a bowl, and mix in 3 tsp of yeast as well as 1 tsp of white sugar before leaving the mixture stand for about half an hour, until it froths up.

In another bowl, first mix 1/2 cup of white sugar, 1/3 cup of butter, 2 eggs, 5 cups of all-purpose flour and a tsp of salt. Then pour in the yeast mixture and mix everything together with a dough hook until you get a compact ball of dough. Next, put the dough into a large oiled-up bowl, cover it with a kitchen towel and leave it to rise for about an hour, until it doubles in size.

When the dough is ready, roll it out (aim for 30×40 cm size) and spread it with 1/3 cup of butter. Then take a smaller bowl and mix 1 cup of brown sugar and 3 tbsp of cinnamon with a spoon. Sprinkle the mixture evenly on top of the buttered dough and start rolling the dough from one side to another (take the longer side). Then cut the rolled dough into 10-12 pieces, each approximately 4 cm wide, and place them in a buttered baking tray. Cover the tray with the kitchen towel and leave the rolls to rest for about an hour until they double in size.

Next put the tray in the oven on 180°C for about 20 minutes until the rolls are golden brown. In the meantime you can prepare the frosting by mixing 6 tbsp of butter, 1.5 cup of icing sugar, 1/2 of cream cheese, 1/2 tsp of vanilla extract and a pinch of salt with an electric mixer until you get a spread-like consistency.

Once the rolls are baked, cover them evenly with the frosting and leave them to cool off, so that the frosting really sinks in and hardens up a bit.

P.S. Make sure to book off the whole morning or afternoon for making these. The process is fairly simple, but there’s a lot of waiting around and a lot of mess to clean up afterwards.

P.P.S. The rolls can be kept in the fridge for a few days, but do pop them into a microwave for about 30 seconds before you take a bite – it makes them super fluffy and so, so good!

P.P.P.S. For the video version of the recipe, see below! 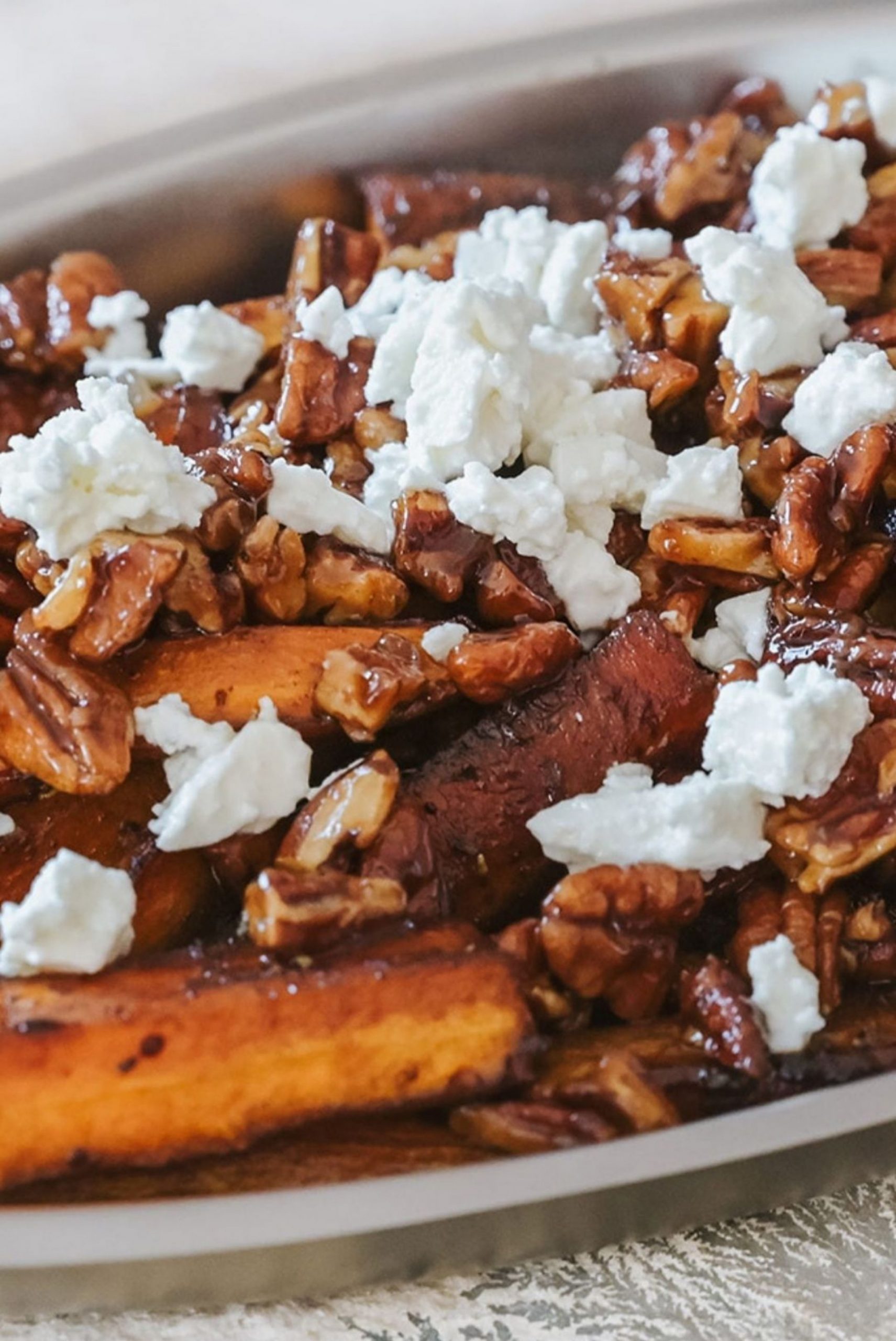 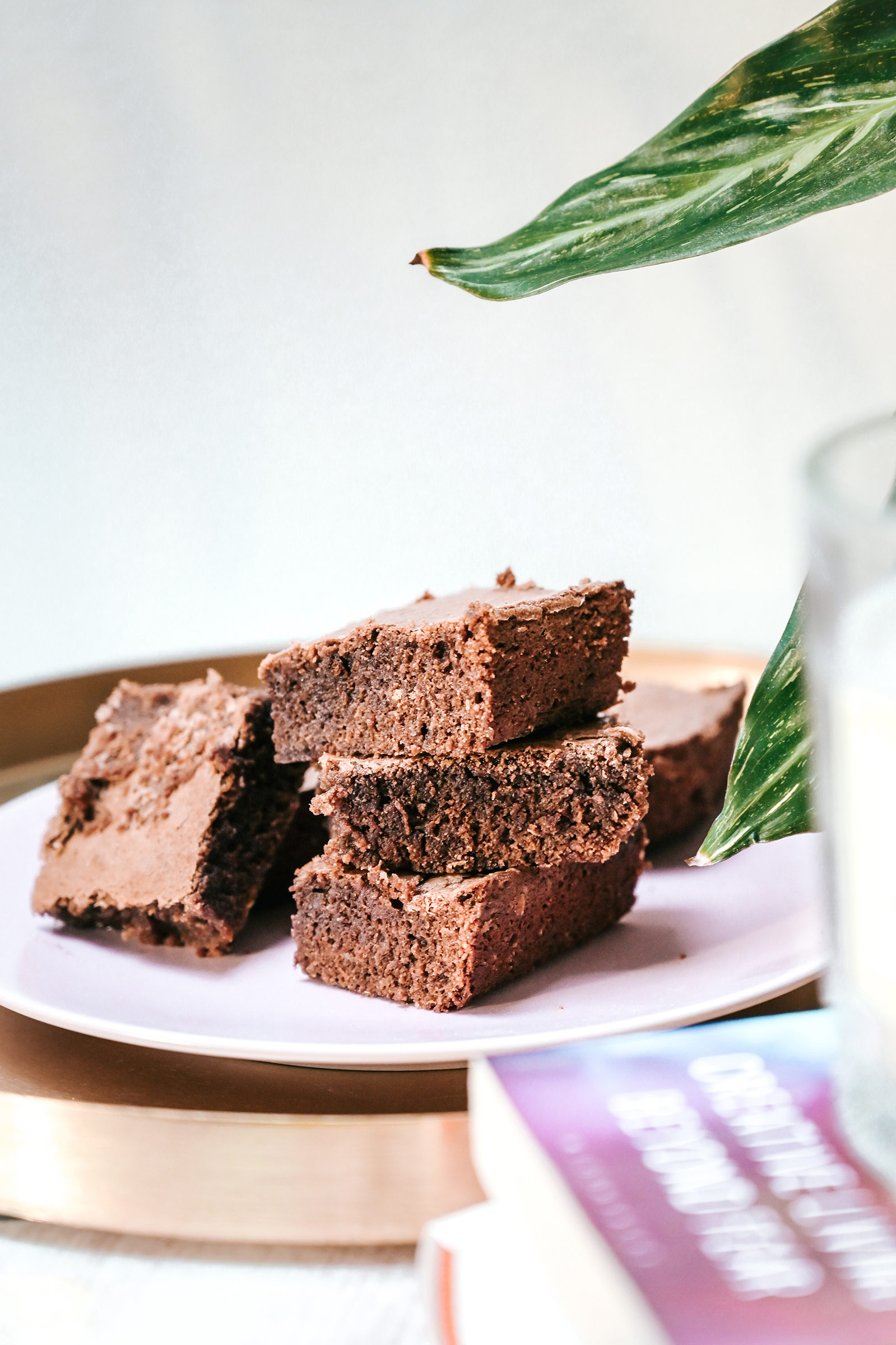 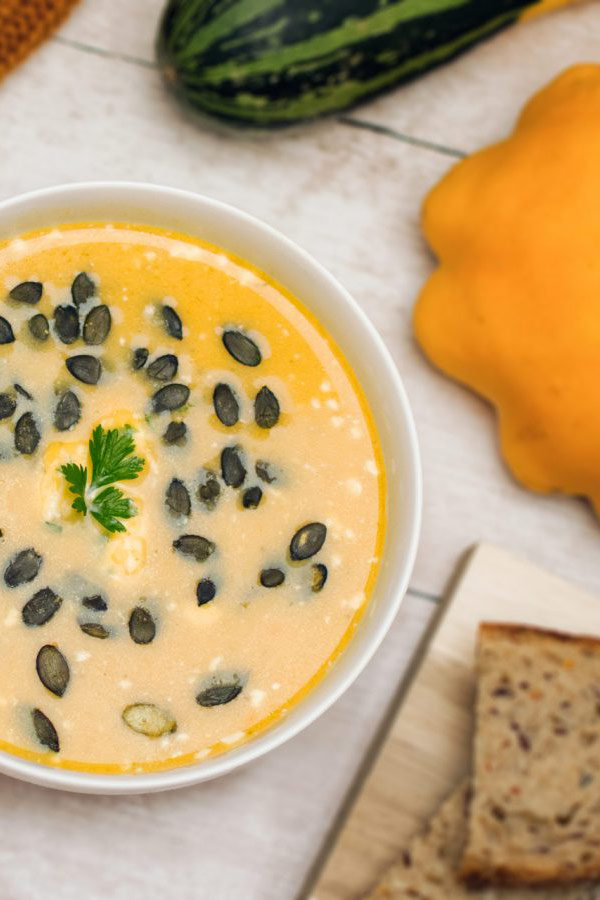