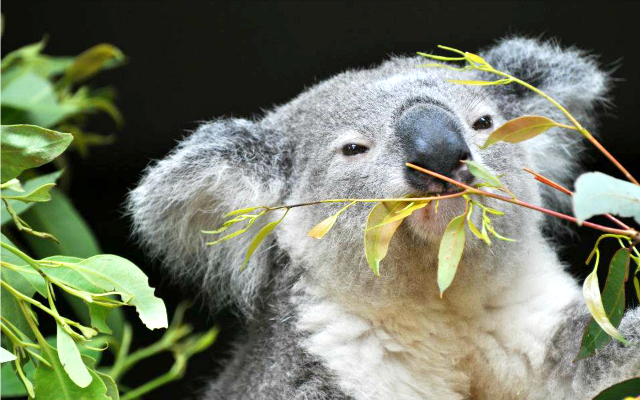 I already started witing this post back in May, but for some weird reason, this is the post that came out of it instead. What can I say… I probably shouldn’t be blogging at two in the morning. It’s clearly not the best idea. Now, before I make another strange turn, let’s just stick to the main topic of today’s post – traveling.  I always say I was probably born with a gypsy soul. If you ever saw a 5-year-old girl sitting amongst the crowd of 30 year olds at any of the Zvone Šeruga travel lectures back in the day, that was probably me. I lived for his incredible stories and his stunning photos of indigenous peoples. I read every single one of his books back and forth, dreaming about seeing those places with my very own eyes one day. Exploring new countries and cultures always has been and always will be my biggest passion.

To my disappointment, moving to London, hands down the most expensive city in the world, took a toll on my wallet, to put it mildly, and has kept me away from my favourite thing in the world. I’m ashamed to admit the amount of times I’ve gone to bed crying because everyone around me seems to be traveling but me. And yes, I do realize I just made myself sound like a complete brat. But hey, honesty is the best policy, they say. If you’re as in love with traveling as I am, you’ll understand. I try not to complain, though. I know how fortunate I am to be able to live in London, and I’ll happily just play a tourist in my own city until I have enough resources to become a serial traveller again.

Anyway, do you remember how I announced there would be some travel content coming up on my blog soon? You’re probably wondering how the hell I’m supposed to write about visiting other countries when it’s more than obvious I’m not leaving the UK anytime soon. Well, let me set the record straight. You see, before adulting happened, I was lucky enough to vacation at some of the most incredible places, from Greece and Bali to Dubai and Cali. Thanks parents! Fortunately for you (and me), I remember all my travels in detail, so it won’t be hard for me to take a stroll down memory lane and share my memories as well as tips with you guys.

I’m starting with Australia, the land that swept me off my feet and still hasn’t let me down. I normally hate picking my favourite places, because they’re all special in their own way, but Australia remains my number one without a doubt. I could write a whole book about why I love it so much, and one day I might as well do, but today I’ll stick to my top five ‘bucket list’ activities you just have to make sure you experience if you ever make it Down Under.

HELICOPTER FLIGHT OVER THE TWELVE APOSTLES 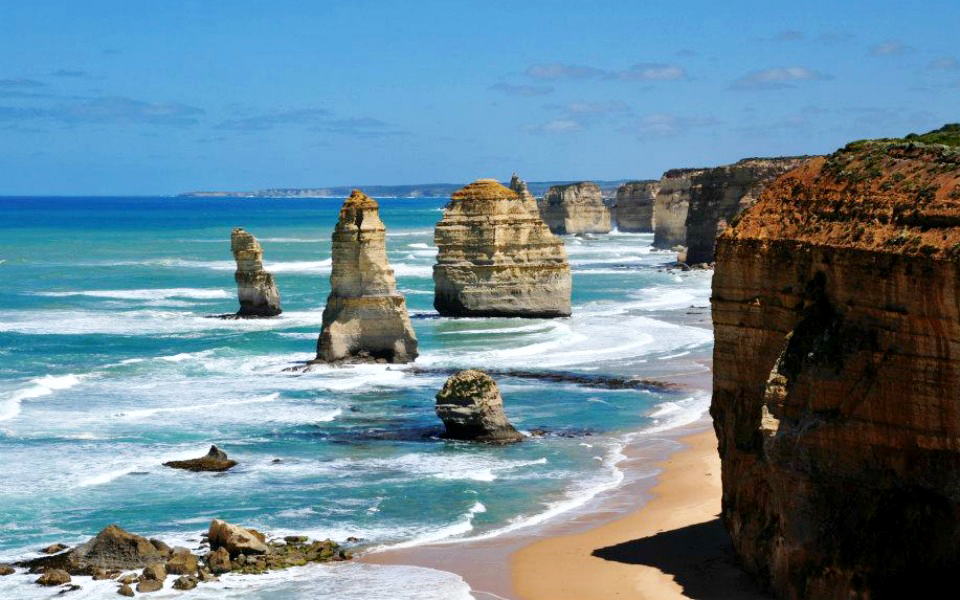 The Twelve Apostles is a collection of limestone rock stacks along the coast of Victoria, about 275 km west of Melbourne. Millions of years ago, they used to be a part of the mainland, but the ocean and the winds eroded the stone, turning a chunk of the mainland into caves, which later became arches and eventually these magnificent looking rocks, separated from the shore. It takes about four hours to reach them via the Great Ocean Road from Melbourne, so you definitely need to make a day trip out of it, but don’t get discouraged by the distance. The beautiful scenery makes the time worthwhile and there’s some cute little towns you can check out along the way.

To some people, these are probably ‘just some rocks sticking out of the ocean’, but to me, they’re one of the most glorious things I’ve ever seen and I made sure to take it all in. I checked them out from the top of the cliffs, took a walk down the Gibson Steps to get to the beach, and even ended up flying over them in a helicopter. Say what?! I know it sounds a bit extravagant, but it’s oh so worthy and probably cheaper than you think.

It actually wasn’t on our itinerary. It was a total spur of the moment, YOLO kind of decision, and I’m thankful to my mom for forcing me into it. I sometimes need a bit of a push, haha. Even though I’m not at all afraid of flying, I just wasn’t sure about it, because I’d never been in a helicopter before and the fact that it was tiny had me thinking it was gonna be a very bumpy and nauseating ride. It turned out I couldn’t be more wrong and had the time of my life! We took the shortest, 15-minute flight, which now costs 145 AUD per person. Not too bad, huh?

WATCHING THE SUNSET AT ULURU 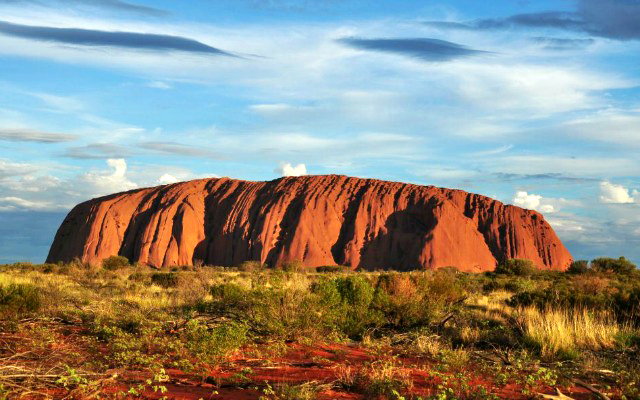 From one rock to another! This is the last time I’ll be talking about rocks, I swear, but we just can’t go past the world’s second largest monolith and Australia’s best known natual landmark – Uluru. Standing right in the middle of the Outback, it’s listed as a UNESCO World Heritage Site and is sacred to the local Aboriginal people. It’s a very spiritual place and you can definitely feel the energy even if you’re the least spiritual person out there. It’s a place you just have to experience to fully understand the core Australian culture and to get a real taste of the Australian Outback.

If there’s anything in the land of Oz that you need to get used to as soon as possible, it’s the vastness of the country. Uluru is 470 km away from the nearest town, Alice Springs, which is where my family was based on the last leg of our trip. The idea of going on a self-organized road trip in the middle of nowhere was out of the question, so we booked a one-day bus tour with a local tourist agency, which surpassed our expectations.

Even though it took 6 hours for us to get there and then 6 hours to get back, I personally didn’t mind it. We were able to squeeze in plenty of sleep; we stopped a few times to have some delicious food our hilarious multi-tasking tour guide had with him; and observed the desert, kangaroo skeletons, and an occasional snake crossing the road.

Before we made it to Uluru, we stopped at Kata Tjuta, another jaw-dropping rock formation close-by. We went for a short hike, but I only managed to get half of it done, because I drank the whole bottle of water in 15 minutes and was still dying from thirst, so I decided to go back to the bus before my body collapsed. I’m not being a drama queen, ok? It was hot. We had about 45°C, and even though I consumed liters of fluid, I only needed the toilet once. In the whole day. I think that explains everything. I was quite happy about that, though. Let’s just say I don’t like to be joined by a room full of bugs while I’m trying to do the business.

Anyway, Uluru was our main and final stop of the day. After we spent the day learning about the Aboriginal culture, admiring the ancient rock paintings, and exploring the area, we made our way to the spot where the above photo was taken. We had a picnic and watched the rock change its colour while the sun was going down. Yes, it was as glorious as it sounds! 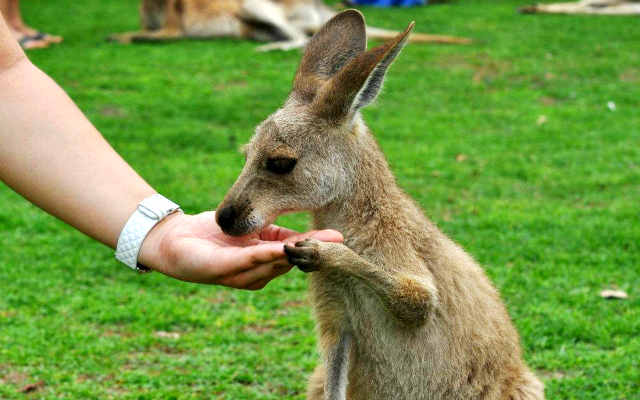 Australia has amazing wildlife – snakes and spiders aside – and me being obsessed with anything that has fur and four legs, I made sure to get up close and personal with some of my favourite little creatures. The best place to go is the Lone Pine Koala Sanctuary in Queensland, a short bus drive away from Brisbane. It’s one of the very few places where you can actually hold a koala, hand feed wallabies and get to know the rest of the Australian wildlife. I fell in love with the place and would quite happily work there if they let me. Imagine cuddling koalas and wallabies all day long! The dream! I miss the adorable baby and not-so-baby wallabies and my Wooloomooloo (the name of the koala I got to hold) so much! Even if his belly made my top stink like hell, haha.


LEARN HOW TO SURF AT SURFERS PARADISE 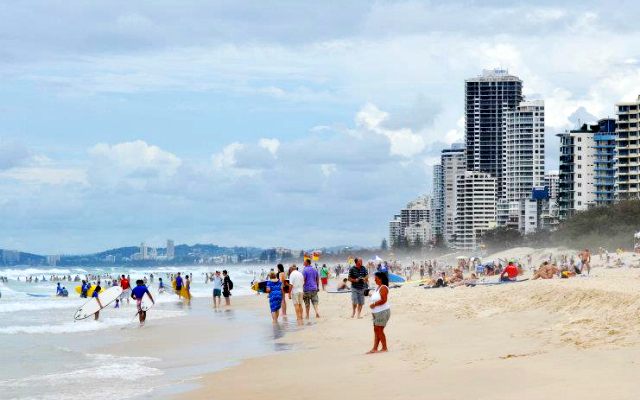 Another Queensland gem is the Gold Coast and its Surfers Paradise. Yes, that’s the actual name of the place. There’s skyscrapers, there’s beaches, cute surfers… Paradise on Earth, I tell you! Since I only spent one afternoon there, I couldn’t get any surf lessons and ended up just throwing myself into the waves (and later running away from the stingers) instead, so that’s one thing I haven’t technically crossed off my bucket list just yet, but if I ever go back, I’m doing it! Compared to Bali, where I decided not to give surfing a go due to safety reasons, the lessons in Surfers Paradise seemed completely harmless and right up my alley – small waves, relaxed, basic… I’m sure I’d get away without any injuries even with my dodgy knee. 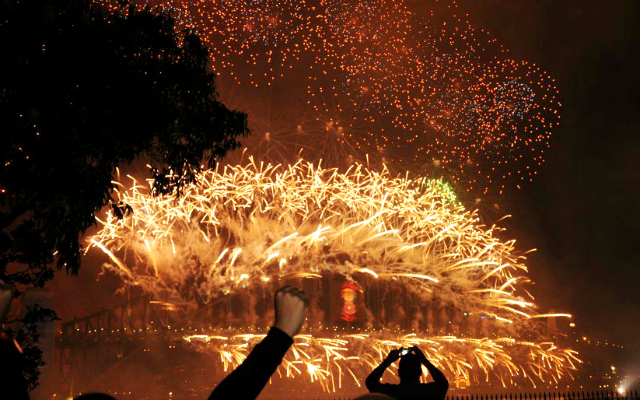 Need I say more? It’s not every year that you celebrate the new year’s eve in Sydney, so when I found out I would, hunting down the best possible spot became my mission. I spent weeks researching the best vantage points and even had to get a relative of mine who lives in Australia to purchase me some tickets. Not to brag, but I think I did a pretty damn incredible job. There was a closed picnic style event organized in the Royal Botanic Garden, right next to the Sydney Opera House and in front of the Harbour Bridge. It’s called Lawn with the View, and THE VIEW is exactly what you get. What you also get is a picnic hamper full of yummy food and enough space to sit on the lawn and enjoy the night without getting pushed around by drunk people. Bingo! Oh, and in case you’re wondering if the fireworks really are as amazing, I can assure you they are. But you know what’s even better? Waiting for the new year in short sleeves. I wish I could do it every year…

Here you go! This sums up my top five Australian bucket list! How many of you have made it until the end of this very lengthy post? Do let me know in a comment below if you did! Please. I’d really like to know who read the whole thing, haha. 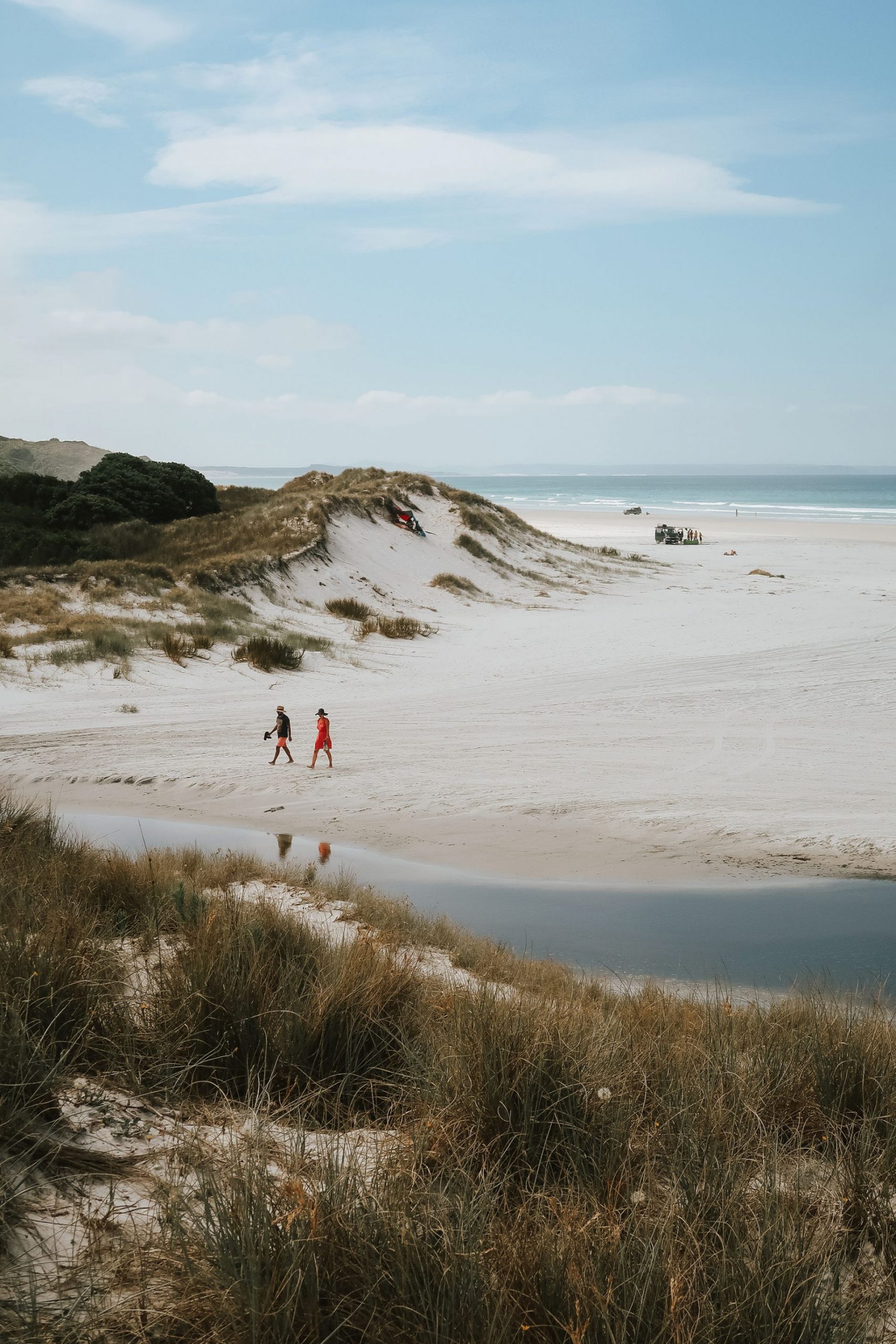